Nominate your Local Heroes for Tyneside's 'walk of fame'

More local heroes are to be honoured with stars on Newcastle and Gateshead’s "walk of fame." 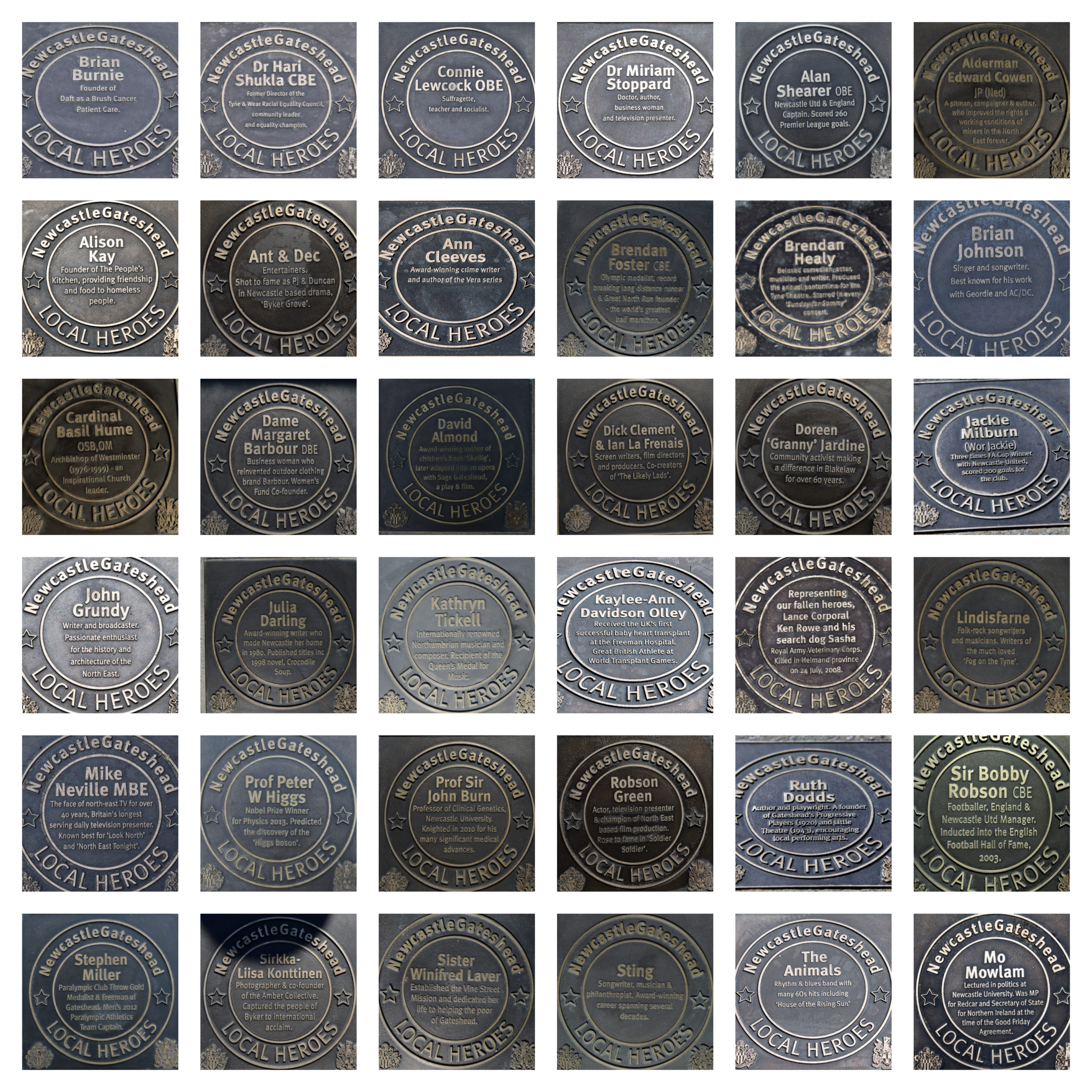 Up to four inspirational community champions, great minds, captains of industry, or stars of sport, stage, or screen, could join the 41 legends like Sir Bobby Robson, Ant and Dec, and Alan Shearer who have already received a bronze plaque beside the River Tyne.

Nominations for who should be recognised are open now, until February 28, with the only criteria being that a recipient must have inspired local people with their achievements and been recognised at a national or international level within the past 60 years.

'A fantastic way to acknowledge amazing contributions to Tyneside'

Cllr Ged Bell, Newcastle City Council’s cabinet member for employment and culture, said: “The Local Heroes trail is a fantastic way to acknowledge those people who have made amazing contributions to Tyneside, inspiring others through their words and actions, and doing Newcastle and Gateshead proud.

“One of the things that makes it particularly special is that, as the nominations are made by local people, we see a wide variety of individuals and groups recognised from a range of backgrounds.

“So far that has included everyone from the region’s biggest stars to community campaigners, charity workers, a Paralympian, scientists, Britain’s longest surviving heart transplant patient, a suffragette and a missionary.

“It will be fascinating to see who is nominated to join that list of celebrated names.”

“There are so many people from our region who’ve gone on to do tremendous things that have really made a difference to the lives of many.

“We want to encourage the public to get involved this year and let us know who they think deserve a plaque on our iconic quayside.

“I’m really looking forward to seeing who gets put forward this year.”

The trail, which is delivered and managed jointly by Newcastle City Council and Gateshead Council in partnership with destination marketing organisation NewcastleGateshead Initiative, first opened in 2014.

The mile-long route runs from the Swing Bridge to Millennium Bridge, on both the Newcastle and Gateshead sides of the River Tyne, and currently includes 41 bronze plaques.

Sarah Green, chief executive at destination marketing organisation NewcastleGateshead Initiative said: “We are eagerly anticipating the announcement of four more inspiring names to be added to the Local Heroes trail.

“All those currently recognised on the trail have made huge contributions to the region in a wide variety of fields and are part of the reason that NewcastleGateshead is thriving as a place to visit, live, learn, work and invest.

“The bronze plaques on our iconic Quayside create an interesting experience for people visiting our destination, sharing more of our region’s story, and form part of an already impressive offering for visitors to the area.”

Nominations can be made online at www.NewcastleGateshead.com/LocalHeroes until February 28, with suggestions then put to a panel of judges, who will choose up to four new heroes to be immortalised in 2020.