Crowds are expected to line the streets of Newcastle as the Remembrance Sunday parade and service returns to the city after year’s events were moved online due to the pandemic. 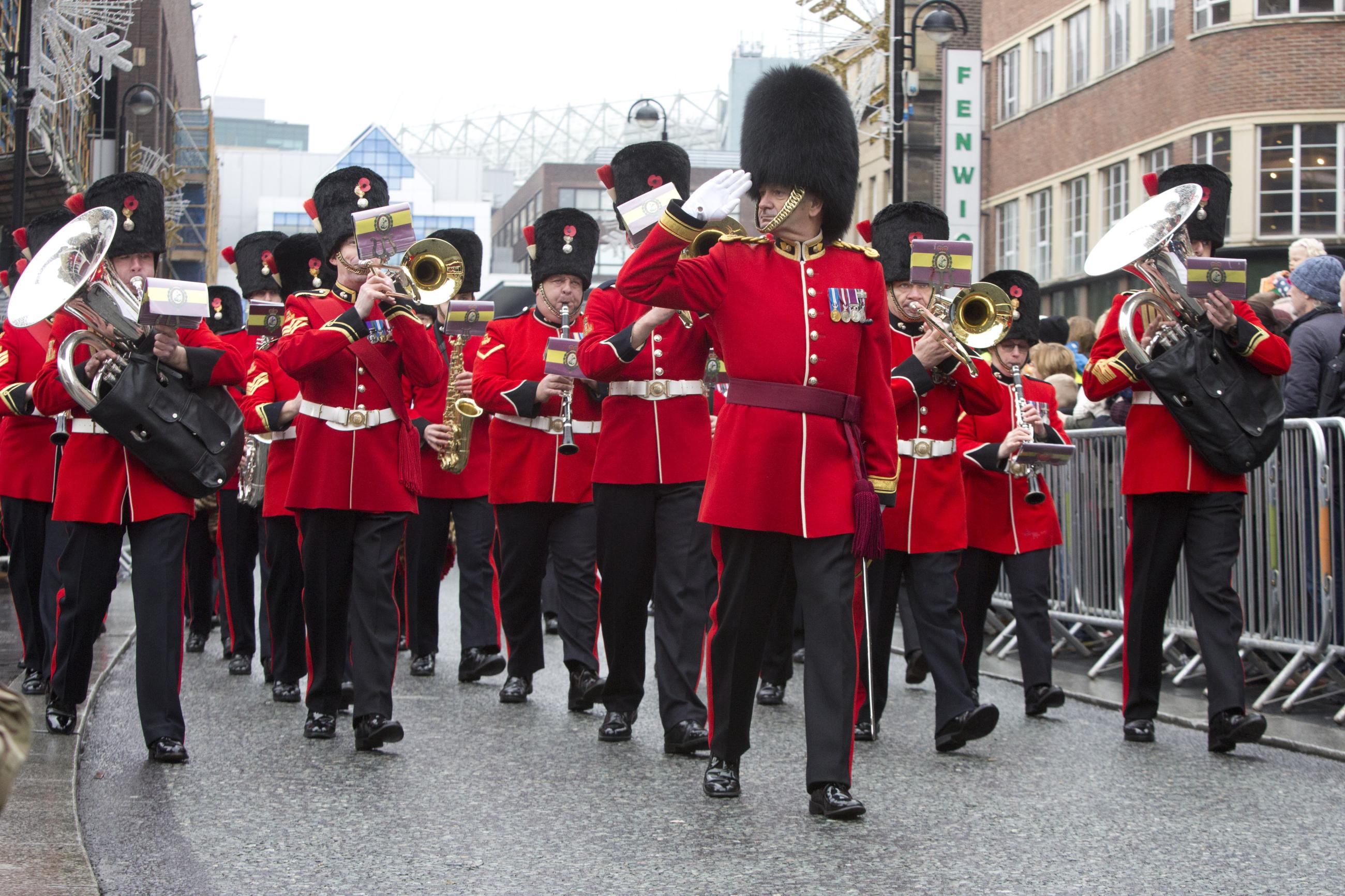 While residents are encouraged to continue to follow hands, face and space guidance to reduce the risk of COVID spreading it is hoped they will once again come out to safely show their respects to those who have, and those who continue to, sacrifice so much to keep our city and country safe.

The commemoration events will take place on Sunday 14 November and will begin with Lord Mayor of Newcastle, Councillor Habib Rahman, laying wreaths at the War Memorials close to the Civic Centre.

The parade, which will include the Fifth Battalion, Royal Regiment of Fusiliers, the 101 Royal Artillery Regiment and HMS Calliope as well as veterans and cadets, will step off from Ceremonial Way, Civic Centre at 10:15 am and march through the city before arriving at the War Memorial at Old Eldon Square.

A Two Minute Silence will be observed at 11am with the start and finish marked by gun fire.  A Veteran and a Cadet will then read ‘They shall not grow old as we that are left grow old’ before the Last Post is played.

The Right Reverend Christine Hardman, Bishop of Newcastle, will then lead the Service of Remembrance with representatives of the Jewish and Muslim faiths taking part.

Following the laying of wreaths, a veteran will read the Kohima Epitaph and the Reveille will sound before the Regiment of Fusiliers ends the service with a rendition of the National Anthem.

The Lord Mayor and his party will then move to the Saluting Dias at Grey’s Monument to take the salute as the parade marches back to the Civic Centre.

Councillor Habib Rahman, Lord Mayor of Newcastle, said “Remembrance Sunday is an opportunity for us all honour those who serve our country and I know people were disappointed that they weren’t able to attend the service last year.

“I am extremely pleased that this year, when we are also marking the centenary of the Royal British Legion, we can come together again to remember those who gave their lives to defend our freedoms, to pay tribute to those who sacrifice so much in service of our country and to say thank you for the important role the armed forces have played in keeping our city safe during the pandemic.

“COVID hasn’t gone away so please, when you come to pay your respects, be cautious and kind by not getting too close to other people.  And remember if you or anyone in your household has any COVID symptoms you must stay at home.”

Colonel Paul Smyth MBE VR, Commanding Officer of the Fifth Battalion, Royal Regiment of Fusiliers said “The Fusiliers have the honour to be involved in the Remembrance Parade this year on Sunday 14 November in the city. It has been two years since the parade took place and it is superb to see that the Armed Forces family and the city of Newcastle can once again come together on this poignant day.

“We will have the Fusilier Hackle represented in many towns and villages in the North East, and across the country this year with soldiers and officers laying wreaths close to home amongst their local community, but it is Newcastle where we will be represented in numbers. The Battalion will be honoured to lead the parade around the city with the other units, veterans and cadets from the North East and take part in the Remembrance Service at Eldon Square – Lest We Forget!”

"COVID hasn't gone away. Please don't attend if you have any symptoms."

The parade will step off from Ceremonial Way, Civic Centre, turn right onto St Mary's Place, left onto Percy Street and before stopping on on Blackett Street for the Service of Remembrance.

Following the service the Parade will march past Gray's Monument before turning left into Northumberland Street, right onto Northumberland Road, left onto John Dobson Street before returning to Ceremonial Way, Civic Centre.

From 10am on Sunday 14 November there will be rolling road closures along the route of the Remembrance Sunday Parade which may cause some disruption.  Blackett Street will be closed to traffic from 10am until 12.30pm.