The Birmingham 2022 Queen’s Baton Relay is confirmed to visit the North East during its final journey through England this summer, as the full route is revealed. 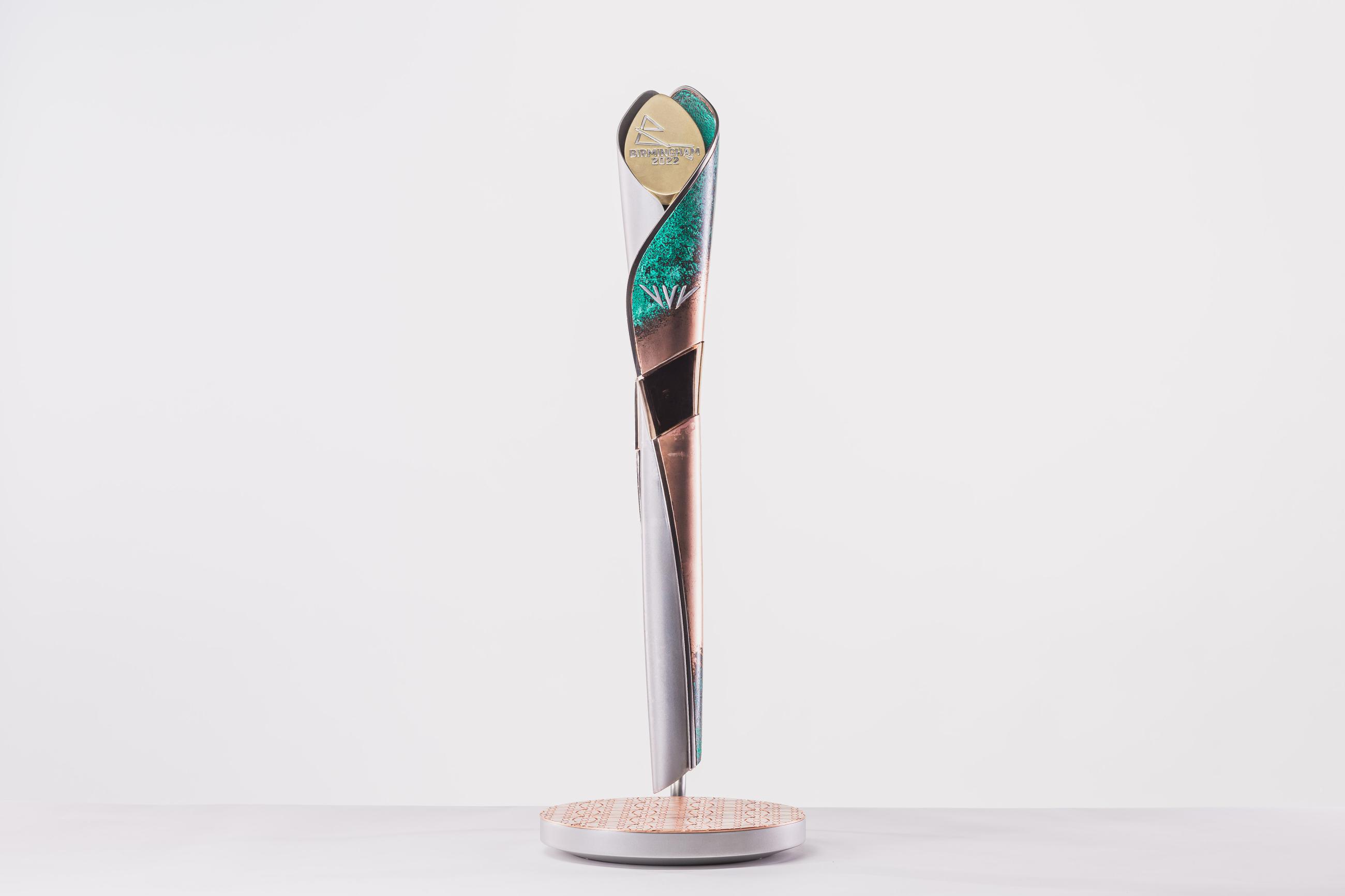 Birmingham 2022 is hosting the 16th official Queen’s Baton Relay – a journey which brings together and celebrates communities across the Commonwealth during the build up to the Games. In England, the Queen’s Baton Relay will provide the opportunity for communities to experience the excitement for Birmingham 2022, as the 11 days of showstopping sport nears ever closer.

The Queen’s Baton Relay is set to travel the length and breadth of England for a total of 29 days, before culminating at the Opening Ceremony for Birmingham 2022 on 28 July 2022. Kicking off on Thursday 2 June, the Baton will spend four days in London, coinciding with the Queen’s Platinum Jubilee Weekend. The Baton will then resume the international journey and return to England on Monday 4 July to commence a 25-day tour of the regions.

On Friday 15th July, the Baton will make its way through Gateshead and Newcastle.

A busy schedule of activities and events are planned for the Queen’s Baton Relay, with opportunities to highlight untold stories from Batonbearers who are striving for change in their community.

From 4pm on July 15, the Baton will make its way along the A167 from the Angel of the North to Saltwell Park. There will then be a community event at Saltwell Park where members of the public will have the chance to see the Baton, before it makes its way to the River Tyne where it will be handed over to Batonbearers in Newcastle.

Starting from the Quayside, the Baton will be taken up Dean Street and Grey Street, around Grey’s Monument, and return to the Quayside for an end-of-day celebration. The celebration takes place from 5.30pm to 7.15pm, with the Baton due to arrive at 6.45pm.

Members of the public are encouraged to get involved with the celebrations and embrace the arrival of the Baton, taking the opportunity to experience the buzz of Birmingham 2022 in their community. The Birmingham 2022 website will be updated with information over the coming months, with detail on the events and where to line the route.

Cllr Nick Kemp, leader elect of Newcastle City Council, said: “The Queen’s Baton Relay is an important milestone in the run up to the Commonwealth Games, and I’m delighted the North East will be hosting the Baton in July.

“It’s a great opportunity to look ahead to a wonderful summer of sport while celebrating some of our local heroes who make a great difference to our communities.”

"I’m delighted that we have been selected as a host and I’d encourage everyone to get behind Team England and show their support in the run up to, and during the Commonwealth Games 2022.”

Thousands of Batonbearers, each with inspiring backgrounds and stories, will have the honour of carrying the Baton during the journey through England, including those nominated in recognition of their contributions to their local community, whether that be in sport, education, the arts, culture or charity. Between 40 and 130 Batonbearers will carry the Baton each day, and the Relay will reach hundreds of villages, towns and cities during its tour of the country.

Among those representing the North East as Batonbearers is Gateshead’s Marianne Dodds, who having suffered from mental health issues set up a running club to help others overcome issues through the power of running and fitness – the club now has over 1,000 members.

Newcastle, meanwhile, is represented by Diana Award winner Harriotte Lane who has raised more than £100,000 for different charitable causes in recent years.

Travelling via land, air and sea, more than 180 communities in England will experience the Queen’s Baton on a route spanning 2,500 miles (4,000 kilometres). From energetic cities and historic market towns, to rolling countryside and rugged coastline, the Baton will head as far south as Cornwall and as far north as Northumberland.

The Birmingham 2022 Queen’s Baton Relay began at Buckingham Palace on 7 October 2021, when The Queen placed Her Message to the Commonwealth into the Baton and passed it to four-time Paralympic gold medallist Kadeena Cox, who had the honour of being the first of thousands of Batonbearers to carry the Baton.

Since then, the Baton has visited Commonwealth nations and territories in Europe, Africa, Oceania. It still has further destinations in the Caribbean, the Americas, and more countries in Europe, including the Home Nations consisting of five days in Scotland, four in Northern Ireland and five in Wales, where it will finish on Sunday 3 July, before returning to England in summer for the final countdown to the Commonwealth Games.

The dates of when the Baton visits each region are:

Phil Batty, Director of Ceremonies, Culture & Queen's Baton Relay, said: “Whilst the Baton has been travelling across the Commonwealth, we have worked closely with Local Authorities in England to devise a route that engages with hundreds of communities, passing sport venues, historic sites, local schools and Areas of Outstanding Natural Beauty. Yet the Queen’s Baton Relay is far more than just a journey. It symbolises connecting people from every corner of the Commonwealth, celebrates Batonbearers who take on challenges, and marks the countdown the biggest sporting event in West Midlands history. And by the time the Baton returns to England for the final leg, 71 nations and territories will have already experienced the magic that comes with it.

“We hope that communities across the country join the excitement, attend events near them, line the streets to cheer on our incredible Batonbearers and celebrate the Birmingham 2022 Commonwealth Games.”

Commonwealth Games Federation President Dame Louise Martin DBE said: “The Queen’s Baton Relay symbolises hope, solidarity and collaboration across the Commonwealth at a time when it is needed most. It continues to inspire people wherever it goes and creates huge excitement for Birmingham 2022 as it journeys towards the Commonwealth Games Opening Ceremony on July 28.”

Throughout May, the Queen’s Baton Relay continues its journey through the Caribbean and the Americas, with visits to St Kitts & Nevis, Antigua & Barbuda, Bermuda and Canada, amongst others.

The Queen’s Baton for Birmingham 2022 was created in a West Midlands collaboration that fused art, technology and science. Made from copper, aluminium and steel, the Baton also features a platinum strand in homage to The Queen in her Platinum Jubilee year. It is also equipped with cutting-edge technology; 360-degree camera, heart rate monitor, atmospheric sensors and LED lighting.

For more information on the Queen’s Baton Relay, visit www.birmingham2022.com/qbr.

The information provided on the route through England is subject to local authority approval and therefore could be subject to change.