A large amount of illegal cigarettes worth tens of thousands of pounds has been removed from the streets of Newcastle after two days of multi-agency operations. 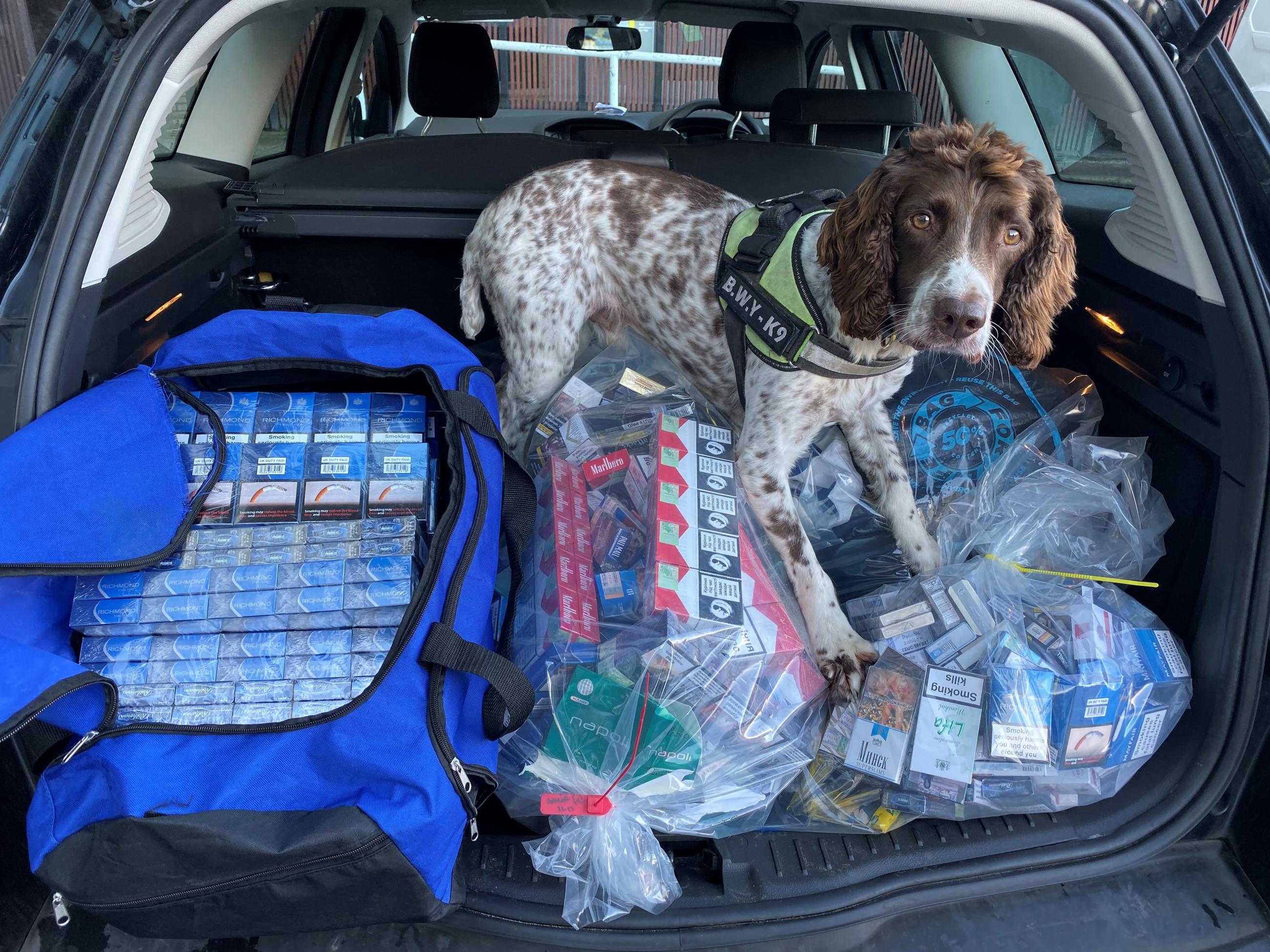 Personnel from Trading Standards, Northumbria Police and HMRC enlisted the help of specially-trained sniffer dogs to continue the clampdown on the sale of illegal tobacco in the city.

That resulted in the seizure of 27,000 suspected illegal cigarettes along with three kilogrammes of hand-rolling tobacco.  The full value of the items seized is estimated to be almost £18,000.

During the operation, the driver of a car containing a large quantity of tobacco was arrested for driving without a licence or insurance and his car was also seized.

David Ellerington, Trading Standards lead at Newcastle City Council, said: “This has been another successful operation which has made a significant impact on organised criminal activity in Newcastle.

“By working together with partner agencies, we’ve prevented these products being sold on to members of the public which is a fantastic outcome for us.

“The sale of illegal tobacco is an activity we will continue to target given we know it leads to children and young people developing addictions and brings organised crime to our streets.”

He said: “Under the banner of Operation Sentinel we have executed a number of warrants to disrupt organised crime in our Force area.

“We have fantastic working relationships with the local authority and we will work together to utilise all the legislation at our disposal to protect the public.

“Trading Standards have made a significant seizure today and this should come as a warning to those who engage in criminal activity. If you have something to hide, we will come knocking at your door.”

If you have any information about the sale of illegal tobacco, you can report it completely anonymously to Keep It Out campaign at https://keep-it-out.co.uk/