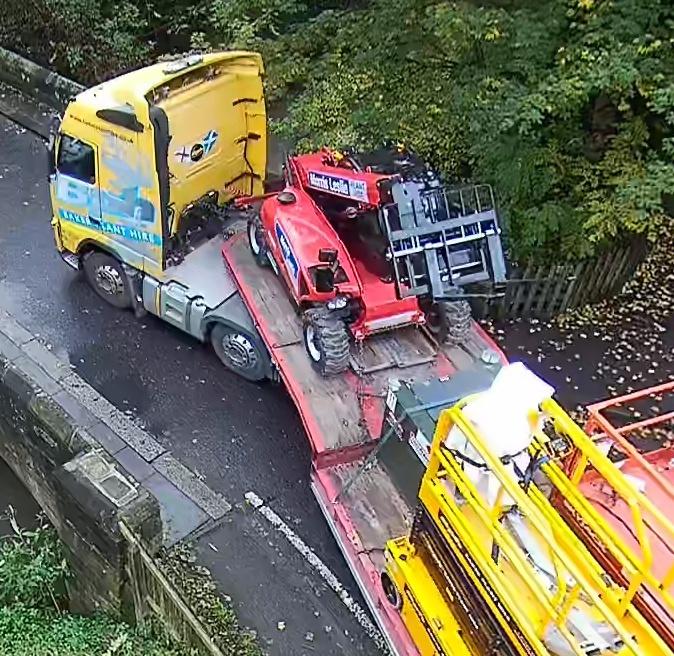 The medieval bridge was re-opened to traffic last month, following a two-year closure to stop rat-running during Killingworth Road roadworks.

The council is reporting that around 4,000 vehicles a day are already using the weak bridge, which is almost half of all vehicles before the closure. Reports also show that 70% of traffic is speeding in the 20mph limit residential area along Hollywood Avenue. The average speed recorded was 28 mph, with three vehicles reaching speeds above 60mph over a seven-day period.

Lorry drivers are also ignoring weight restrictions on Salters Bridge which has a three-tonne limit for structural reasons, which means vehicles bigger than a transit van should not use the bridge.

Over 500 large vehicles a week have been caught on camera driving over the weak bridge, with sizes ranging up to 40 tonnes. Drivers breaching restrictions can receive a maximum fine of £1,000.

A spokesperson from Newcastle City Council said: “This is a serious road safety issue and we have alerted Northumbria Police who may take enforcement action.

“Hollywood Avenue is a residential area with a school which is why the 20mph speed limit is in place to keep children and vulnerable road users such as people on bikes safe.

“Speed is a critical factor in road traffic collisions and the stark reality is, someone hit by a car travelling at 30mph has a one-in-five chance of being killed.

“Worryingly, we also have heavy goods vehicles which are also flouting restrictions to cross a narrow grade I listed structure, which is clearly unsuitable for such large vehicles. These are people who would rather take HGVs over weak bridges and through residential streets, rather than follow safe and legal routes to their destination.”

The council placed monitoring equipment on Salters Bridge, as part of information gathering for the decision-making on the long-term future of the bridge. Readings and images from CCTV show that most of the speeding occurs from drivers heading eastbound along Hollywood Avenue towards Salters Bridge.

The council believe that the majority of drivers speeding are commuters, due to comparable data from when the bridge was closed.

A number of residents have also contacted the council about concerns over speeding and large vehicles using unclassified roads to rat-run.