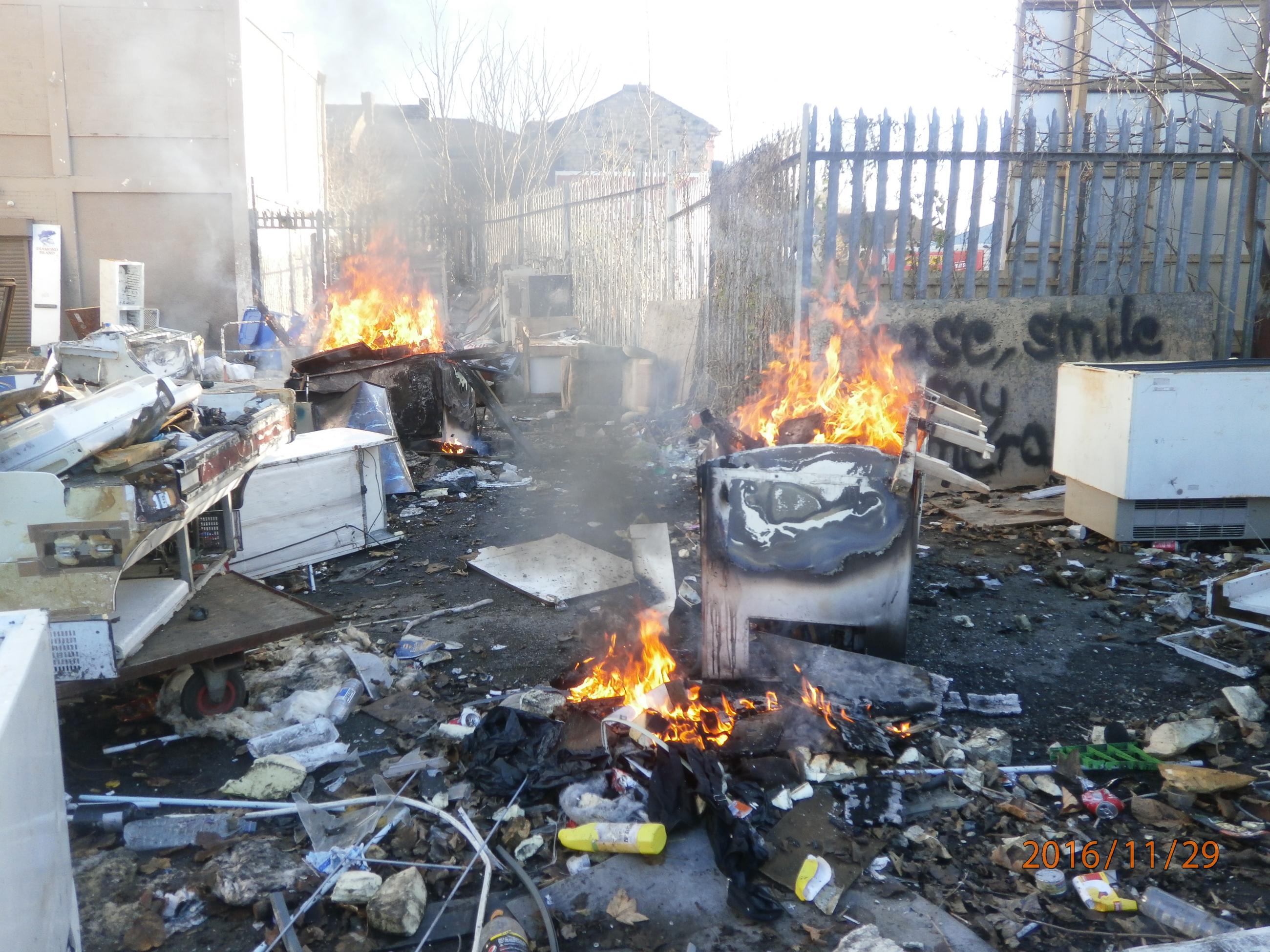 Carl Foggo, Martin Jobes and Michael Graham were handed a total of 47 months in prison sentences at Newcastle Crown Court on Wednesday (May 22).

They had pleaded guilty to a variety of offences relating to illegal depositing and disposal of waste.

The most serious of the offences heard in court involved all three of Foggo, 29, of Swinley Gardens, Scotswood; Jobes, 48, Ridley Gardens, Gateshead; and Graham, 28, of Knott Place, Scotswood.

In November 2016, the owner of an industrial yard at Bentinck Road was approached by the three defendants, and he agreed a sum of £700 with Foggo to clear waste from the site. The court heard the waste mainly comprised refrigerator units and other kitchen equipment.

On November 29, 2016, Newcastle City Council officers on patrol in the West End of the city spotted thick, black plumes of smoke coming from the yard. On inspection, they saw Graham and Jobes burning waste with several of the fridges set alight. They both denied being responsible, the court was told.

As council staff carried out investigations into the offences, Jobes failed to attend interview appointments, Graham denied being responsible for burning waste and Foggo offered no comment.

For their involvement in this, all three were given nine-month prison sentences with remaining sentences to be served concurrently.

Foggo admitted other offences from October 2016, which also concerned illegal burning of waste at Scotswood and fly-tipping in Riversdale Way.

Jobes pleaded guilty to two other offences of fly-tipping, both at land to the west of Newburn Riverside Industrial Park.

None of them are registered as professional waste carriers or have any authorisation to dispose of waste.

Presiding Judge Sarah Mallett told the offenders: “The impact illegal waste has on the environment and the harm is causes is serious. It can also attract and then harm children and animals.

“It is a growing problem nationally and it undermines legitimate businesses and the proper and safe disposal of hazardous materials.”

Cllr Nick Kemp, Newcastle City Council cabinet member for environment, said: "The chance to make money by flouting the law has resulted in prison sentences being handed down and that is the risk people operating illegal waste businesses take.

"Their actions could have put people's health at serious risk and these tough sentences will hopefully deter others from behaving similarly.

"Regulations around waste exist to protect people and the environment and that is why those who do not operate within the law must not be allowed to continue.

"This has been a long process to bring these men to justice and I would like to praise our staff for seeing job through.

"We are in the process of trying to clean up our city and it is pleasing to see those who undermine these efforts will face the consequences."

The city council recently launched a city-wide anti-litter campaign which highlighted the cost to the council tax payer of clearing up waste. The campaign ‘Your City, Your Home’ aims to discourage people from littering and fly-tipping which last year cost the authority £2m to pick up.