Fireworks seized from boot of car in Newcastle

Traders have been warned they face prosecution after a haul of fireworks were seized in the build-up to Bonfire Night. 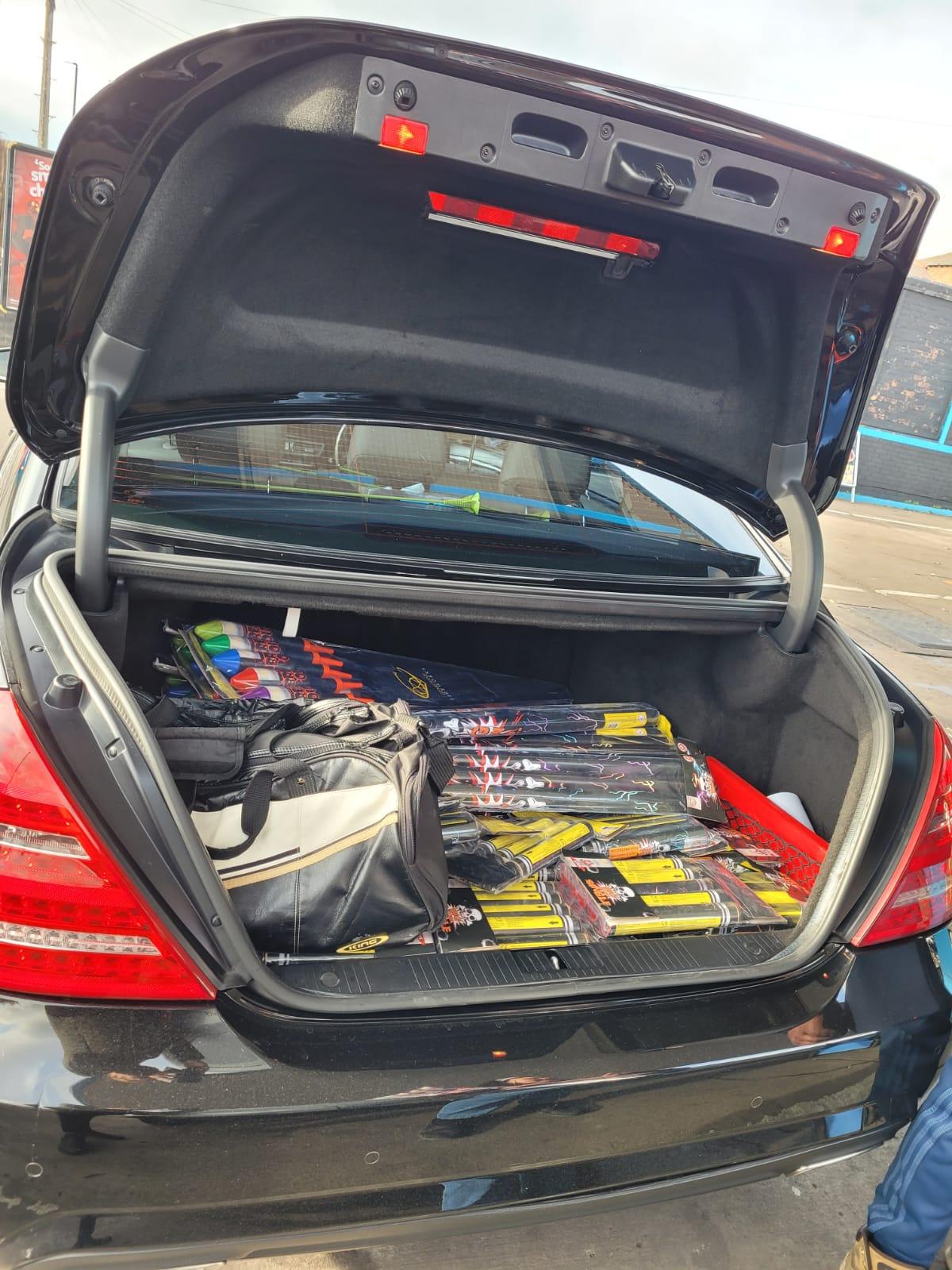 Fireworks seized from boot of a car

Trading Standards officers from Newcastle City Council seized 136 rockets and Roman candles in a series of visits across the city last Tuesday.

The test purchases saw underage customers attempt to purchase fireworks, despite the law stating you must be 18 years old.

One of the test purchases in Elswick saw the underage customer led to a car where fireworks were being sold from the boot.

The purchaser had initially enquired about purchasing fireworks from a car wash that was licenced to sell them – only to be led to the nearby vehicle.

There was not a licence in place for the trader to sell the pyrotechnics from their car boot and the products were seized.

Enquiries by Trading Standards into the circumstances around the suspected illegal sale are ongoing.

The council has today joined the police and Tyne and Wear Fire and Rescue Service (TWFRS) in warning business owners they may be prosecuted if they don’t abide by the law.

Cllr Irim Ali, Newcastle City Council Cabinet Member for a Dynamic City, said: “This is a fantastic result and I would like to congratulate our trading standards team for finding and seizing the fireworks.

“Fireworks can be extremely dangerous if not stored correctly and the way they were being sold from the boot of a car is completely unacceptable.

“If you are buying fireworks, it is so important that you only get them from a reputable retailer.

“We will continue to do everything within our powers alongside our partners to make sure retailers comply with the law to keep our neighbourhoods safe.”

Group Manager Chris Lane, Head of Fire Safety Department at TWFRS, said: “First and foremost I want to thank Newcastle City Council Trading Standards and Northumbria Police for their proactivity on this issue.

“There is always a rise in anti-social behaviour across the region at this time of year and fireworks plays a major part in that.

“Fireworks should always be purchased from a reputable, licensed supplier.  Those selling the fireworks should make sure they do so in line with all of the correct legislations.

“We recently launched our Darker Nights campaign and our message is clear – deliberate fire-setting and the irresponsible use of fireworks is not a game.

“We welcome the enforcement action taken by our partners and will continue to work closely with them ahead of Bonfire Night to keep our communities safe.”

Sergeant Nicola Macgregor of Northumbria Police said: “We want everyone to enjoy the Halloween and Bonfire Night period and we continue to work closely with our partners so we can respond to any issues or reports of disorder.

“That ongoing partnership work also involves appropriate enforcement action against any premises found to be illegally selling items like fireworks, which can have potentially fatal consequences for people.

“Our communities can be reassured that take these types of incidents seriously and will continue to act on any reports and concerns they raise.”

The seizure comes amid a Tyne and Wear wide safety campaign for the Darker Nights that runs over the Bonfire period.

The campaign looks to warn communities about the dangers of deliberate fire setting, or the irresponsible use of fireworks, and the gruesome consequences they can have.

Anyone who wants to report what they believe is the illegal selling of fireworks is encouraged to contact the Fire Service by emailing FireSafety@twfire.gov.uk.

You can also report it to Northumbria Police through their website, or the Trading Standards team at your local authority.

Further information about fireworks licencing, and fireworks safety, can be found on the TWFRS website.