Fly-tipper who advertised waste removal service on Facebook is sentenced

A man who advertised a waste removal service on Facebook has been sentenced for fly-tipping piles of rubbish in Newcastle. 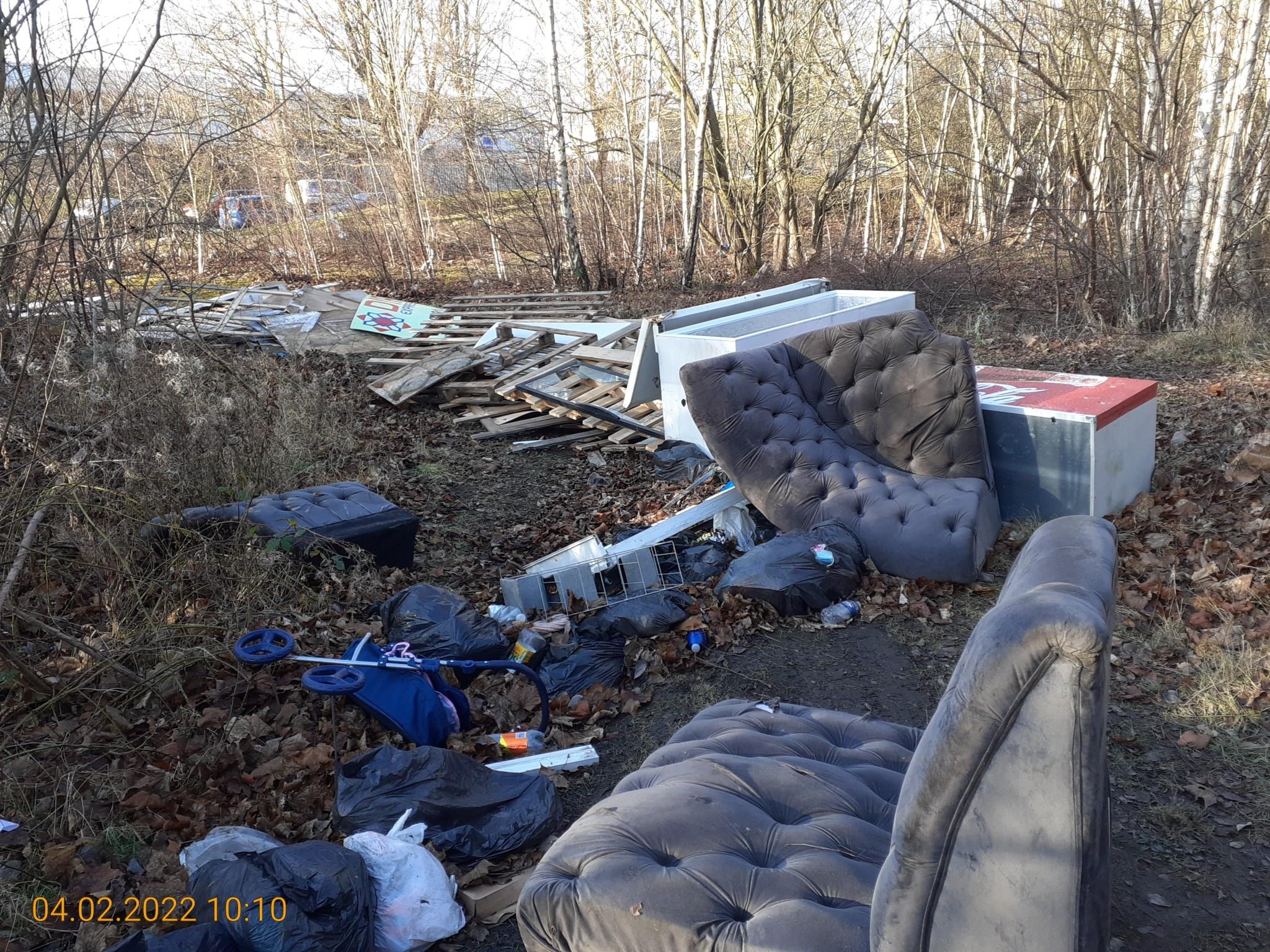 Waste dumped on land near Shelley Road in Lemington

Michael Graham, 31, of no fixed abode, illegally dumped waste including fridges, car bumpers and a mattress in the city.

In January this year, Graham was paid by a member of the public to take rubbish away from a property in Benwell after he was contacted through his advert on social media.

These follow the line for the former Scotswood, Newburn and Wylam railway and are popular with people walking the route of Hadrian’s Wall.

In the same month Graham was captured on CCTV loading two fridges, fluorescent light tubes, car bumpers, wooden pallets and signage into a transit van outside a premises in Gateshead.

He drove the vehicle to a wooded area off Shelley Road in Lemington then went off-road and through the trees before dumping the waste.

It was found days later by a member of staff at The Environment Partnership, who manage the land on behalf of Homes England.

Graham pleaded guilty to two counts of fly-tipping and two counts of transporting waste without a licence at Newcastle Magistrates’ Court on Thursday, August 18.

Graham – who is already a serving prisoner – was given 34 weeks in prison to run consecutive to his current jail term.

He was also ordered to pay £312 in compensation to Homes England and £100 to Newcastle City Council.

After the hearing, Cllr Jane Byrne, Newcastle City Council Connected City Cabinet member, said: “This is another excellent result for our diligent officers whose unrelenting work continues to bring criminals to justice.

“Mr Graham took the waste from residents knowing full well he was going to dump it in the city.

“I am pleased the courts have punished him for his actions and I hope this sends a clear message to other fly-tippers that this type of behaviour will not be tolerated in our city.”

Following the hearing, Graham appealed his sentence which was heard at Newcastle Crown Court on Friday, September 9.

The court reduced the sentence for the first fly-tipping offence to 16 weeks imprisonment, from 17 weeks.

For the second fly-tipping offence, Graham was ordered to serve 30 weeks behind bars.

The judges made the sentences concurrent with each other but consecutive to the sentence he is already serving.