The North of Tyne took centre stage in the international spotlight today ( Monday 9th) as the Tour of Britain, the UK’s premier cycle race, rolled through the region giving residents the opportunity to see some of the world's top teams and riders competing on their doorstep. 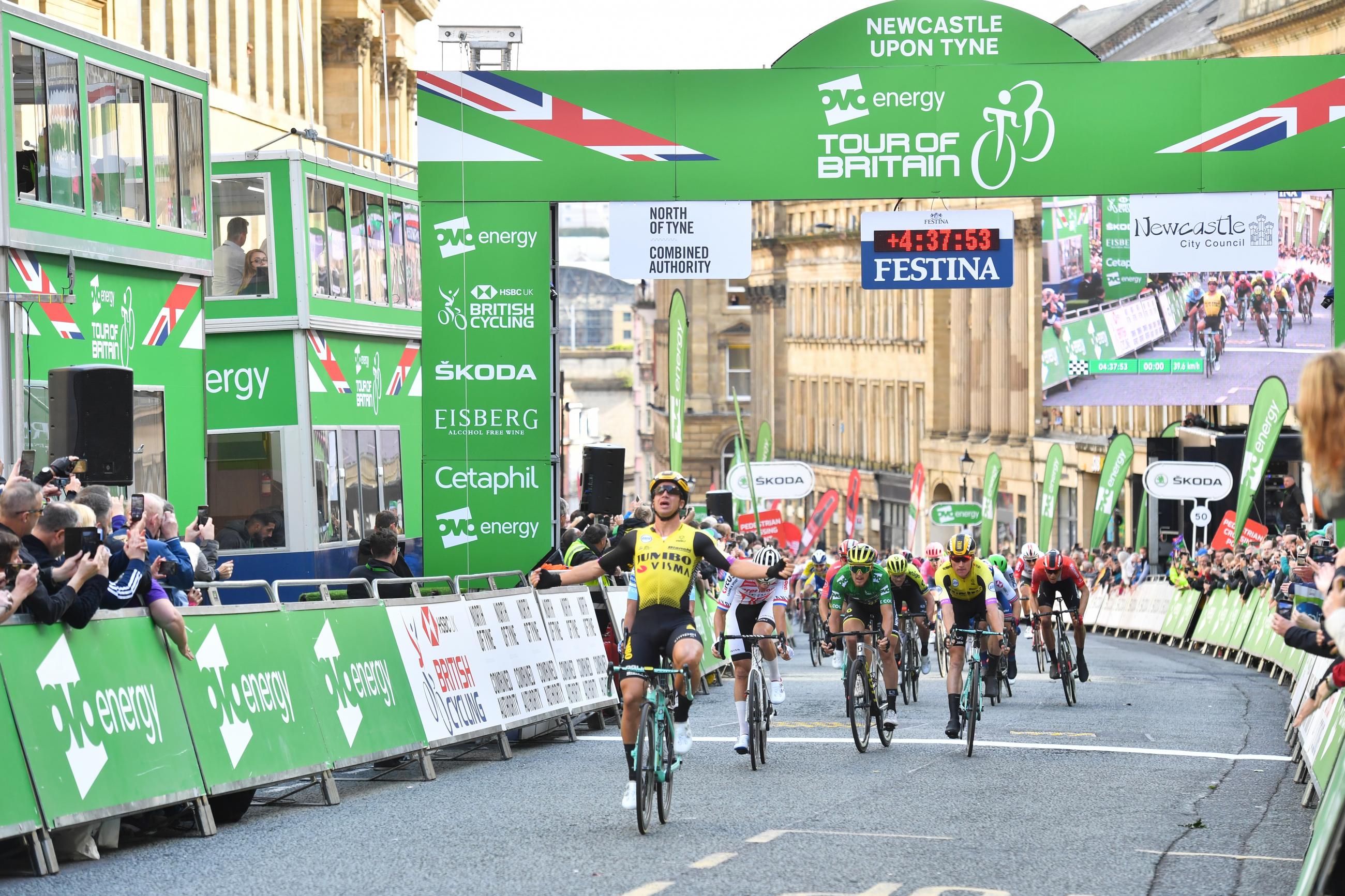 Stage Three of the Tour saw some of the world’s top riders and teams contesting a 114-mile route from Berwick through Northumberland, heading along the North Tyneside coast and into Wallsend, before continuing to Newcastle city centre, with a spectacular finish on Grey Street.

It was the first ever Tour of Britain stage to link all of the areas of the North of Tyne Combined Authority and a fitting climax to a great weekend of sport for the north east, following the international rugby and the Great North Run.

Despite early rain the weather cleared leading to some fantastic racing, culminating in a blistering sprint through the centre of Newcastle - the stage ultimately being won by Dylan Groenewegen from the Netherlands.

Communities along the route joined in the spirit of the occasion by decorating the route while thousands of people turned out to welcome and cheer on the cyclists and give them a fantastic north east welcome.

Councillor Nick Forbes, leader of Newcastle City Council, said: “Seeing these incredible riders sprinting to the finish on Grey Street was a spectacular sight and the city did us proud with an amazing atmosphere today.

“This historic North of Tyne stage, the first time Newcastle, Northumberland and North Tyneside have been visited in a single day by the tour, put on a great show with the eyes of the world watching.

“It rounds off what has been a remarkable weekend of sport for our city and one that will live long in the memory.”

North of Tyne Combined Authority Mayor Jamie Driscoll said: “It has been a great day. The atmosphere was electric – the speed and endurance of these athletes has to be seen to be believed. I wish I could cycle that fast!”

Leader of Northumberland County Council, Councillor Peter Jackson said : “It has been a great day for the county and the whole North of Tyne area.

“We are blessed in Northumberland  with amazing natural scenery and wonderful people and it is great that we got to show  this off to the competitors and all those who watched the race unfold on television.

“In 2017 the Tour of Britain gave a real boost to the local economy and we’re confident this year’s stage will be great news for businesses and our ever increasing tourism industry.”

Elected Mayor of North Tyneside Norma Redfearn CBE said: “It was fantastic to see the prestigious race come to North Tyneside and I was delighted to see so many residents and schoolchildren line the streets and watch the riders come through.

“This was a wonderful opportunity to showcase our wonderful borough to a national audience who may never have seen some of the amazing landmarks we boast, including St Mary’s Lighthouse, Spanish City and Segedunum – to name just a few.

“It’s also great that the race comes off the back of our extremely successful Summer of Cycling and I’m sure it will help inspire more people to take to two wheels and enjoy some of the fantastic local routes we have here and consider cycling as a sustainable travel choice.”