Two men who carried out an illegal waste carrying service they advertised through social media have been fined after pleading guilty in court. 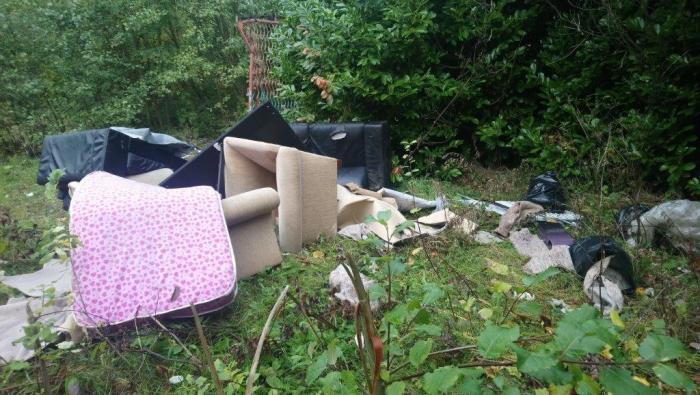 Darren Young and Lee Butler, both of Beckford Close, Wallsend, worked together offering waste collection and disposal services through Facebook trading as ‘The Van Man Can.’

Through their online business, it was found they improperly used household waste centres in Newcastle, Gateshead and Sunderland more than 30 times, but their offending then escalated further.

It was established that Young and Butler had contacted a woman on Facebook who had said she needed waste removing. They arranged to collect the waste and charged her £25 to take it before they fly-tipped the rubbish.

On October 30th, in almost the exact location the previous waste had been removed by the council at the public’s expense, more waste was discovered.

Again, Young and Butler had contacted someone on Facebook, charged £40 for their services and taken the waste and disposed of it illegally.

Young, 39, pleaded guilty to two fly-tipping offences, carrying controlled waste without registering with the Environment Agency and failing to comply with regulations around controlled waste. He was hit with fines totalling £677 and was ordered to pay £675.16 in compensation. He must also pay £456.82 investigation costs, £85 legal costs and a £30 victim surcharge.

Butler, also 39, pleaded guilty to carrying controlled waste without registering with the Environment Agency and failing to comply with regulations around controlled waste. He was fined £80 and ordered to pay investigation costs of £456.82, legal costs of £85 and a victim surcharge of £30.

Christine Herriot, Newcastle City Council’s director of operations and regulatory services, said: “I am delighted that the courts have imposed financial penalties on these two individuals who were trying to brazenly operate outside the law.

“They were taking potentially dangerous waste and dumping it with complete disregard for the risks they were posing to others and the impact their actions were having on the local environment.

“I am grateful for the outstanding work of our officers in bringing this matter to court and showing once again that this unregulated and dangerous criminal activity will never be acceptable.

“I would also take this opportunity to remind members of the public of their responsibility to ensure people they employ to remove waste for them must have the relevant licences and permits.”