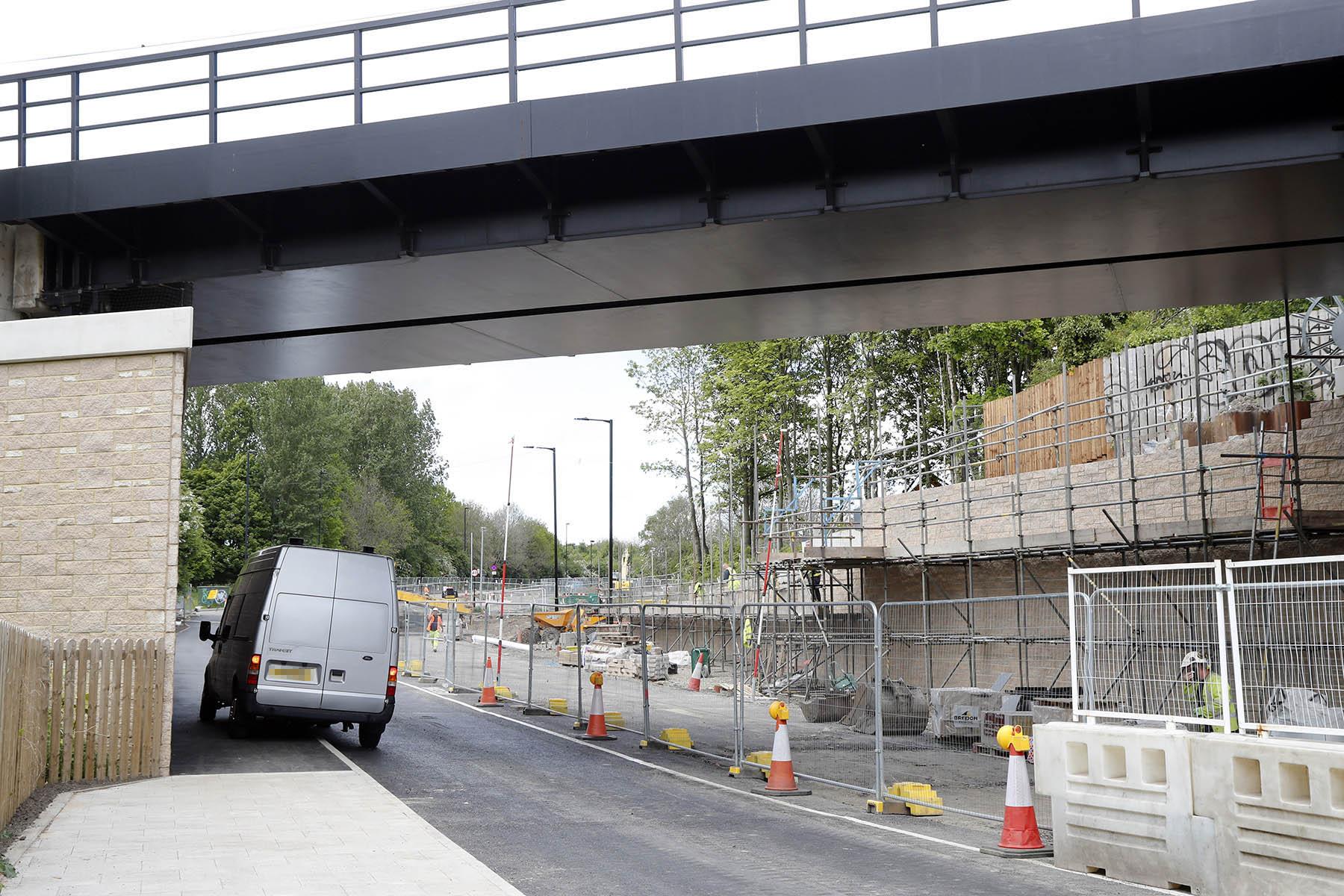 A driver flouts southbound only restrictions to drive on the pavement

Despite warning from the council there has been more incidents of drivers flouting one-way restrictions on the A189 in South Gosforth, following a partial re-opening last month.  Due to ongoing construction work, only people on foot and bikes and southbound traffic are allowed on the road. Diversions remain in place for northbound traffic.

There have been several incidents where drivers have deliberately ignored signage to attempt to drive northbound.  A number of incidents with larger vehicles resulted in the road being blocked.

Cllr Arlene Ainsley, cabinet member for transport and air quality said: “This is really quite shocking that drivers would take such reckless and dangerous action which puts other people’s lives at risk, including our construction staff.

“We’re working closely with Northumbria Police to take enforcement action. We have CCTV cameras and this footage will be used to prosecute offenders.”

A Northumbria Police spokesperson said: “There is clear signage in the area informing drivers of the one-way system and if drivers do ignore it then it could result in a serious collision.

“We will take action against anyone who drives in a dangerous manner, as we would on any of our region’s roads, as our priority will always be the safety of road users.”

Killingworth Road closed in July 2017 as part of a £13.5m package of improvements to widen a well-known pinch point on the network.

Due to the extended closure of Killingworth Road, the council committed to a phased opening of the road to get traffic back on the road as soon as it was safe and practical to do so.

As construction is ongoing, initially only southbound traffic is allowed, with two-way traffic planned for the summer until the project completes in early 2020.