Online improvements make it easier to access Your Local Services

Residents should find it easier than ever to receive help with an environmental issue as Newcastle City Council has improved its online reporting system. 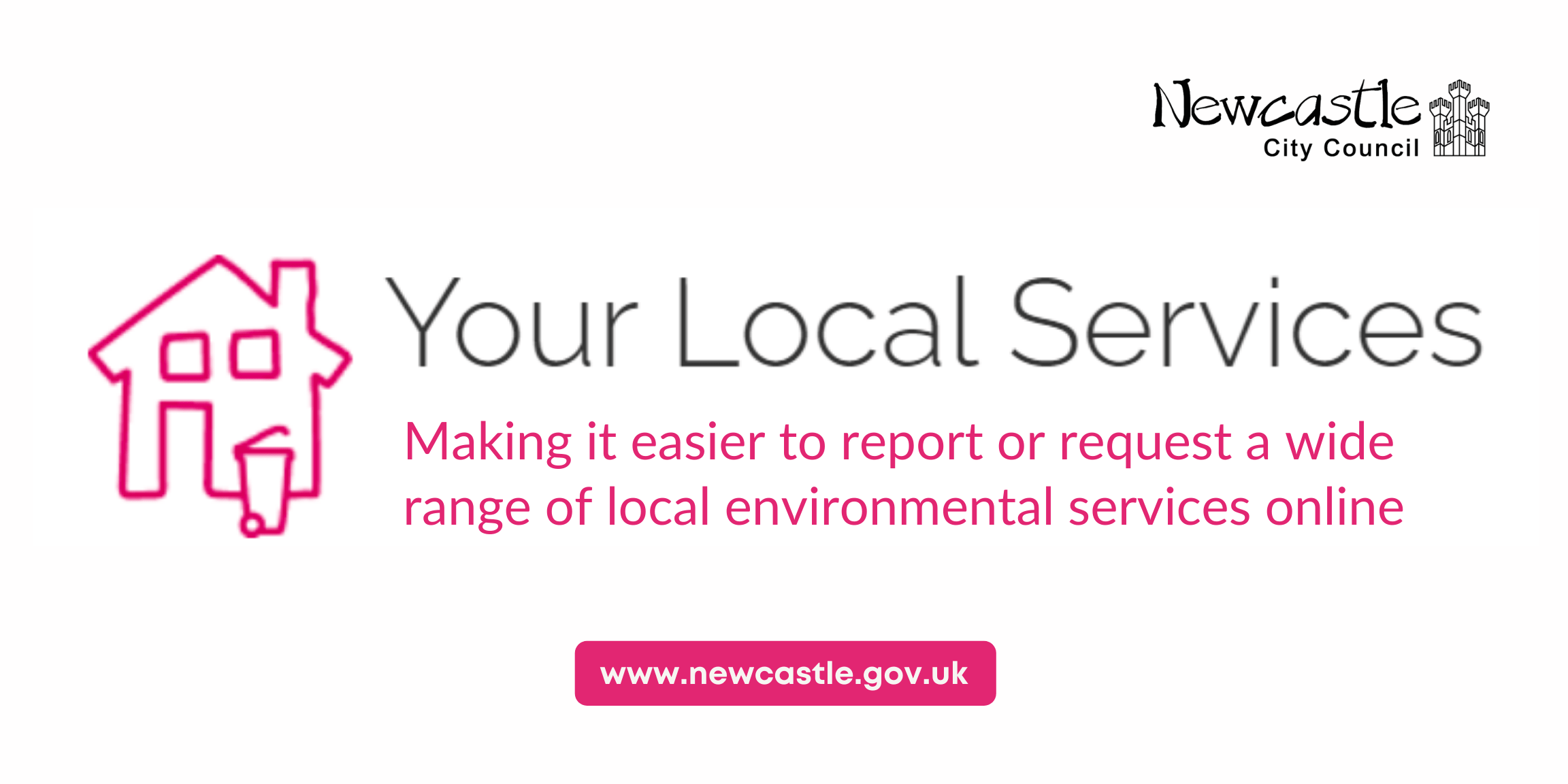 Whether reporting flytipping, a missed bin collection, or graffiti, you’ll be able to use the service - previously known as Envirocall – which has a new name, Your Local Services.

Making the user experience the best it an be

The council’s deputy leader, Cllr Joyce McCarty, said “Keeping our communities the clean, green, brilliant places we all want them to be is naturally a top priority for us.

“Issues like flytipping, graffiti, bins or potholes are among the top reasons residents contact us, and we are constantly looking for ways to improve the services that we can offer them.

“And with more and more people accessing our services online we must aim to make the user experience the best it can be.”

Cllr McCarty, who is also the cabinet member for resources, lead on the project, which will make the experience of reporting issues much easier, leading to a clean, green city.

“We are changing our homepage to make it clearer – especially if you are accessing the site using a smartphone - how to tell us about an environmental issue, and we have grouped services by topic, with the top links based on those most often clicked.

“We’ve also revised and consolidated some of our forms, improved our search function, and enabled GPS location services for mobile users, so it’s easier than ever to tell us exactly where a problem is.”

Cllr John-Paul Stephenson, cabinet member for environment and regulatory services, said: “Many residents told us that Envirocall was no longer fit for purpose, and, let’s be honest, it was hard to disagree.

“There were all sorts of random issues, the navigation system was unclear, and it wasn’t at all easy to use with smart phones which just didn’t fit with what people want.”

The reporting service also has a new name, Your Local Services, which aims to explain more clearly what it is.

Cllr Stephenson said: “Residents told us that, particularly at a time when most are reporting online rather than over the phone, Envirocall didn’t really mean anything to them anymore.

“The new name is clearer – Whether it’s reporting a missed bin collection, applying for garden waste pick-ups, telling us about a blocked gully or overfilled street litter bin, or requesting the removal of graffiti they are all Your Local Services.

“Now Envirocall is being laid to rest, the fresh interface better reflects what residents expect in the 21st century.

“And we have ambitions to be Net Zero by 2030, so we have to make it as easy as possible for people to tackle environmental issues.”

Changes in response to feedback from councillors

Councillors were surveyed earlier this year about their experience of using Envirocall.

Cllr McCarty said: “This exercise revealed numerous issues which were massive barriers for reporting environmental issues, and that was effecting communities. We hope that these changes will make a real difference.”

For example, previously residents who reported road defects would receive notice that the issue they had raised was “complete,” but that was causing confusion as many people assumed this meant that the pothole had been fixed, when it referred to an initial inspection having been undertaken.

That has now been changed so that people will be told if either an inspection has been carried out and if a repair is planned, or if there is no need for further action.

Continuing to improve wherever we can

Cllr McCarty said: “All of this work is part of our efforts to improve the digital experience we offer, and we will continue to make improvements wherever we can.

“We recognise that there is more to do and will not rest on our laurels – whether that be looking at the forms we ask people to fill in to report issues to us, improving the systems to report issues, or supporting our service areas to review their online offering.”

Cllr Stephenson said that the team are poised to tackle any teething problems.

He said: “Although the new service has been thoroughly tested, it’s a complex set up which links to various different systems.

“Please let us know about error messages and bugs which need squashing.”

Changes to the council’s website, www.newcastle.gov.uk, went live on Monday May 10 and all residents are encouraged, where possible, to use the online system to report environmental issues.

Should a resident call the council to make a report, they should ask for “Your Local Services”, however anyone who uses the phrase “Envirocall” will still be connected to the right team.