A city centre road closure is to be extended to allow ongoing building works to be completed safely and appropriately. 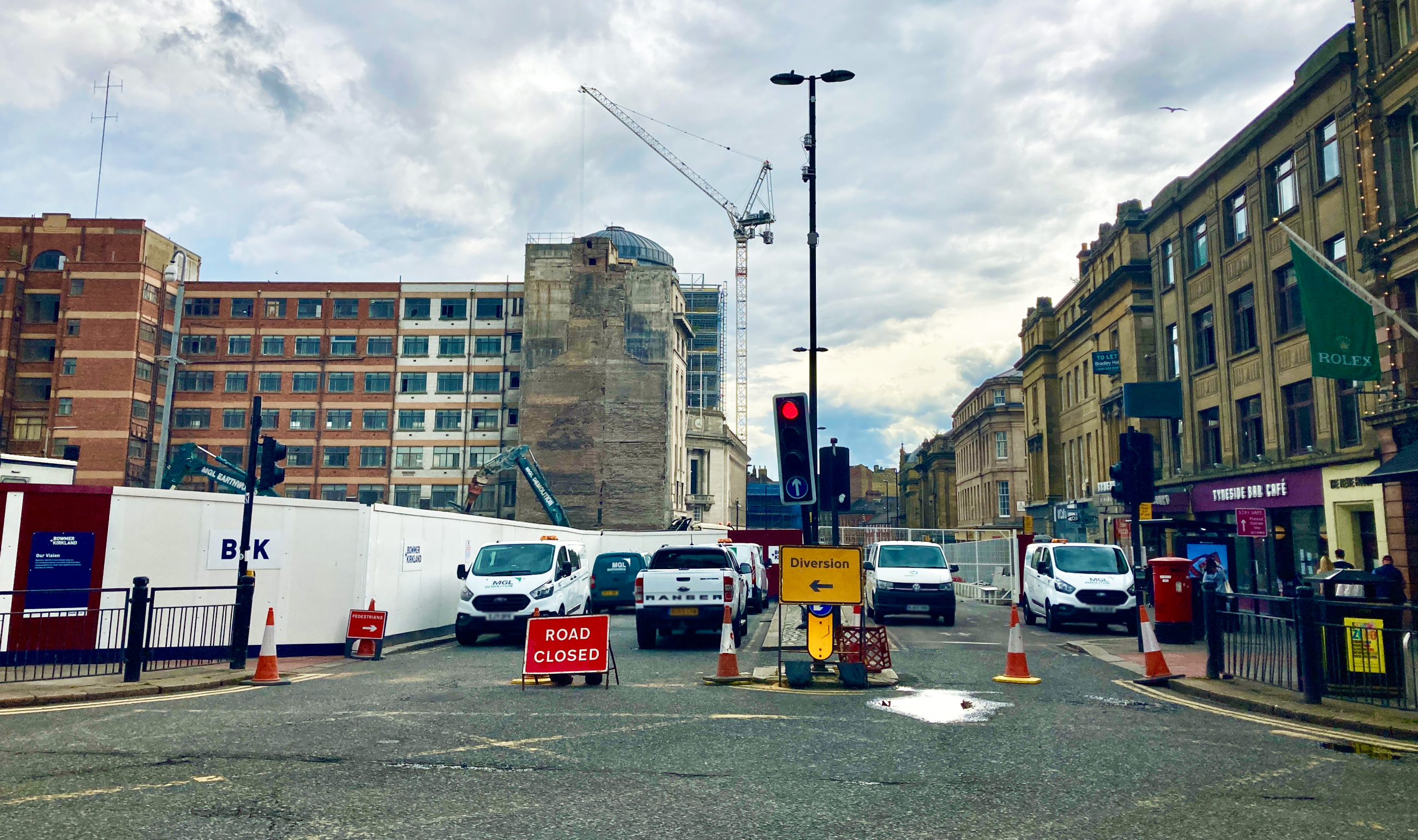 Pilgrim Street, in Newcastle, has been closed to vehicles between the New Bridge Street West and Market Street junctions since Monday 16 May.

The road was due to reopen on Monday (July 4) following the demolition of Commercial Union House, with the next phase of works moving to Carliol House, a listed building on Market Street.

It’s now expected that the road closure will remain in place in both directions on Pilgrim Street for approximately four weeks.

This will also affect Hood Street, which is currently not accessible by vehicles from Pilgrim Street, and the council is in the process of establishing a temporary taxi rank to be located outside the old fire station.

Businesses in the area have been advised that the servicing and delivery arrangements for those on Pilgrim Street (north), Hood Street and Northumberland Street will remain in place for the extended closure period.

Current arrangements for bus services that would normally use Pilgrim Street will also remain in place and pedestrian access will also continue.

The work is part of plans for Pilgrim Street and New Bridge Street West that will boost the regeneration of this area and the wider city centre, supporting investment, growth and job creation across the city.