Delayed work to improve a busy city centre junction will be starting later this month. 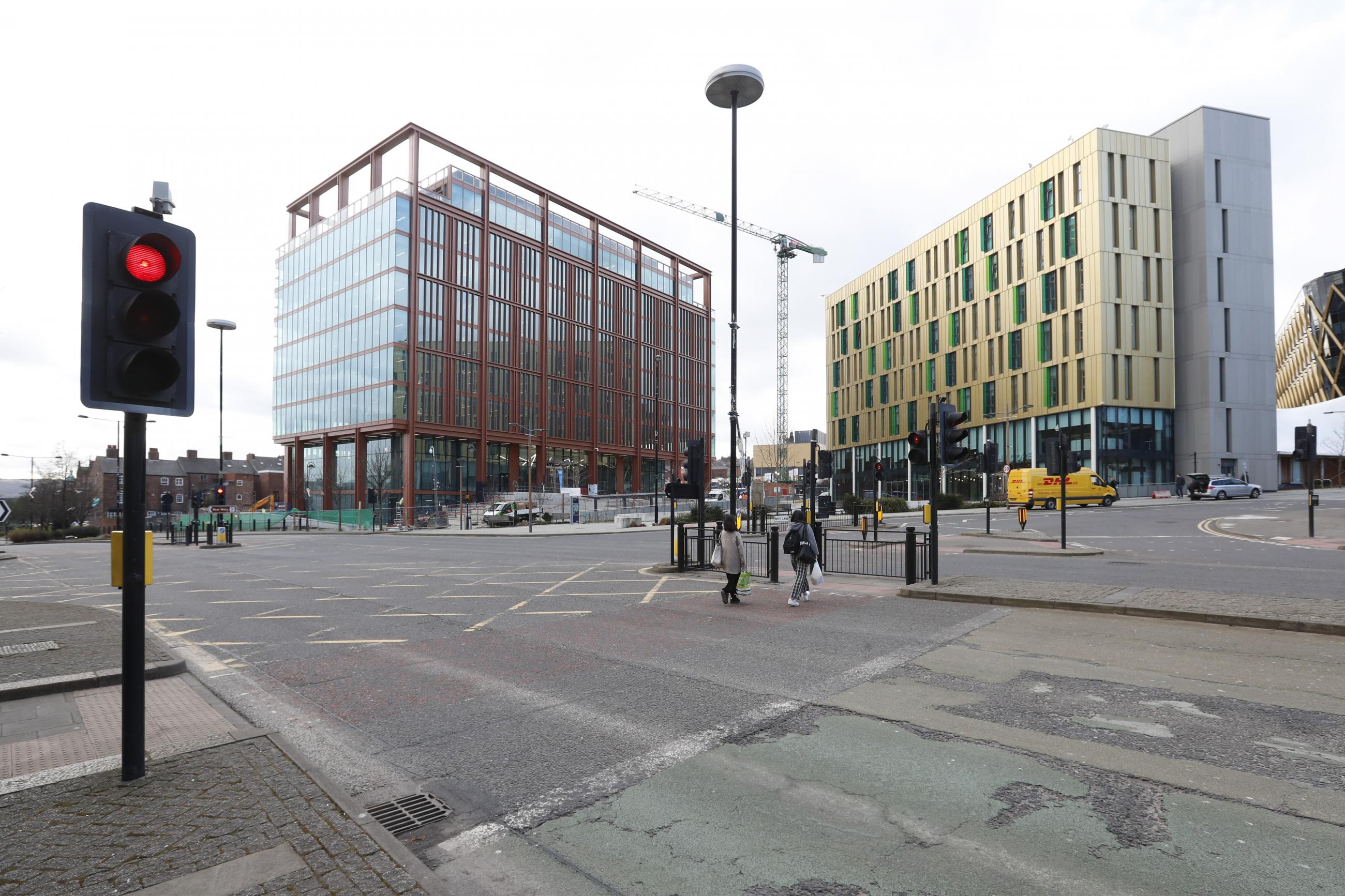 Newcastle City Council will be carrying out the work on St James’ Boulevard at the junction with Bath Lane and Wellington Street, just outside the Helix site.
This had originally been planned to start during May 2020 but had to be postponed due to the coronavirus pandemic.
Work is now planned to get under way on 21 February 2021 and is expected to last around seven months.
A major part of the work will involve creating better and safer crossing points for people who are walking or cycling in the area.
The current facilities mean people on foot have to cross in up to three different stages, making it inconvenient and difficult to navigate.
Changes to the layout of the junction will remove some of those stages to create a clearer and safer route for people crossing the road.
This will also create better walking and cycling connections between the Helix site and other locations, including Central Station.
As well as improvements for those on foot or bikes there will be new dedicated right turn lanes that will make it easier for vehicles to turn right from St James’ Boulevard into Bath Lane and Wellington Street.
New green spaces will also be created, with low-level, low-maintenance planting and some new trees nearby.
Cllr Arlene Ainsley, cabinet member for transport and air quality at Newcastle City Council, said: “Now more than ever we need to make it easier for people to get around our city on foot or by bike, and this particular junction is one that is really in need of improvement.
“It’s not only a very busy junction but the existing crossing arrangements mean it can be difficult for people to feel confident and safe while trying to cross there.
“The improvements we are making will make it easier and safer for people to walk and cycle in this area of the city as well as creating better links to the Helix site – which itself is built on the principle of sustainability.”
Road users are advised that during the works there will be temporary traffic signals and lane closures on St James’ Boulevard, along with a number of road layout changes.
At some stages of the work access both into and out of Bath Lane and Wellington Street will be restricted so that the work can be carried out safely.
It is likely that there will be some delays at times so people are advised to plan their journeys and consider travelling a different route or leaving the car at home if possible.
The junction improvements are required as part of a planning condition for the development of the Helix site.