Wanted, local history groups in Newcastle, Gateshead and South Tyneside. Would you like to be part of an amazing project to celebrating the 40th anniversary of the Great North Run? 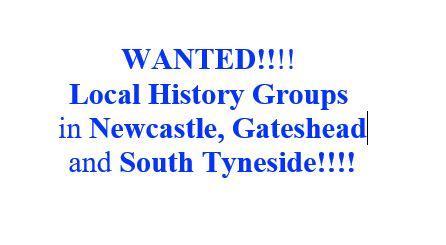 The History
In 1981, a line was drawn in red pen on two OS maps, stuck together with Sellotape. The line started on the central motorway in Newcastle, went over the Tyne Bridge, past the factories and on to Gateshead Stadium. It made its way past the Monkton coke works, and through the communities of South Tyneside, to the sea at South Shields, in the shadow of the Westoe Colliery. It was a few feet long on the map, and 13.1 miles long on the road. Advertised as a local fun run the first GNR was staged on 28th June 1981 and 12,000 runners participated.

It has now become one of the biggest running events in the world, and the biggest in the UK. Over one million runners have taken part. In 2018, 57,000 participants entered the event and on average over 70% of those were first time runners. Tens of thousands of spectators line the route to cheer on the runners and almost 4 million watch the event live on BBC One.

The Documentary
On the 40th anniversary of the race, this documentary will engage the public of the North East and further afield in the heritage of the world’s largest half marathon through the voices of the people that have made the GNR great. The runners, the volunteers, friends and family that support along the way, communities that come out to cheer, the bands that play along the route, the small charities that wouldn’t exist without funds raised, the scout group that gives out the water bottles, the first aiders that provide comfort and care.

These oral histories will be woven together with meticulously researched archive sourced from the BBC, the North East Film Archive and through the Heritage Fund project Search and Rescue which aims to find the hidden films of the North East - often family films tucked away in cupboards and attics which could reveal a more personal story of runners in past years.

The Artists Involved
The archive material and filmed oral histories will enhanced by a specially commissioned script from the one of the region’s most famous authors (and Great North Run veteran) Terry Deary and a bespoke score to create a record of the impact of the race on people’s lives and to explore the heritage of the race in the context of the changing social, cultural and industrial landscape of the region.

Where it will be shown?
The film will be broadcast nationally in 2020, presented at regional cinemas and heritage venues in the North East and distributed via regional & community screenings alongside a children and young people’s engagement programme. An adapted version will be created for children and young people engagement workshop programme and an online version will be made available online and on social media channels. It will also be archived at the North East Film Archive and 2 local history archives.