With the biggest weekend in rugby coming to Newcastle in May, the city’s famed Quayside will transform into a festival-like fan village for people to make the most of the party atmosphere. 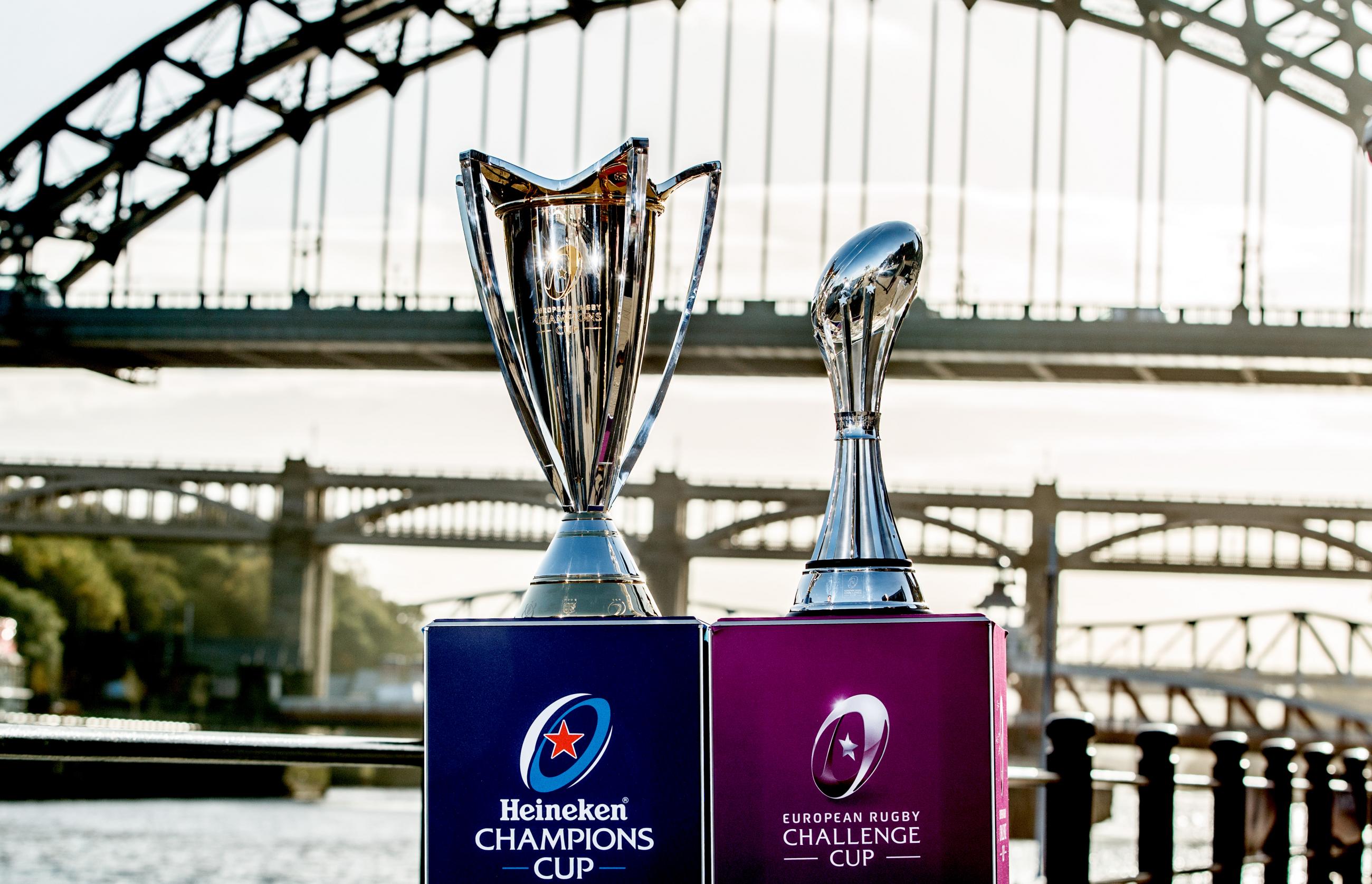 The two trophies on Newcastle Quayside

St James’ Park is hosting the finals of the Heineken Champions Cup on Saturday May 11, and the European Rugby Challenge Cup the night before, bringing some of Europe’s biggest teams, and thousands of their supporters, to Newcastle for one spectacular weekend.

For the tens of thousands of spectators expected, those not fortunate enough to get hands on tickets and locals simply out to make the most of the occasion, the EPCR Champions Rugby Village will be the place to be.

With music from local band Smoove & Turrell, Hyde Park Brass and a soon-to-be-announced special headline act, other performers and activities as well as food and drink stations, there will be almost constant action from the moment it opens on Thursday May 9 until it closes with a stunning fireworks display on the Saturday night.

One of the prime attractions will undoubtedly be an exhilarating zip wire suspended from the iconic Tyne Bridge down to the Quayside which people will be able to book to experience. There will also street theatre and rugby activities – including the chance to try kick a ball across the Tyne – and a mainstage hosted by media partner Heart North East.

Michelle Percy, Newcastle City Council’s acting director of place, said: “The excitement for the Newcastle Finals weekend has been building for months now and is almost tangible as we’re just weeks away.

“The city is dressed for the occasion and we’re starting to see some of the amazing attractions that are going to be available to those who come to share in what will be a memorable weekend.

“The Champions Rugby Village is in a stunning setting on the Quayside and I can’t wait to see masses of supporters making the most of what will be on offer.

Stephen Patterson, Director of Communications for NE1, said: “We are delighted to have been working with the city council and the Newcastle Finals 2019 event team on the Fan Village and city centre visitor experience for the tens of thousands fans that will descend on the city over the weekend.

“We have an amazing city, with stunning architecture, world class cultural venues, hotels, bars, restaurants and shops all within a short walking distance of St James’ Park. Located in the heart of the city, it is a huge asset and combined with the wider city centre offer, enables the city to provide a fan experience second to none.

“The fan experiences planned around the stadium, Grey’s Monument and the Champions Rugby Village are designed to showcase the city’s assets and provide an outstanding celebration of rugby across the city for residents and visitors alike. Whilst we can’t guarantee the weather, one thing is for sure; as a city, we know how to host major events and I’m sure the Newcastle Finals 2019 will be the biggest and best yet.”

The Champions Rugby Village, and other fan enclosures in the city, will result in some road closures during the weekend of the matches. Full details of these will be released soon.

Other fan activation zones will also be operating across the weekend including a local food and craft market at Monument, activities with Pride at Baltic Square and Spectator Plaza at Strawberry Place and St James’ Metro Car Park.

Next Article: Want to use a computer but don't know where to start?