Hello again. While the library is closed, I have been looking into ways that people can play games with each other without meeting in person, focusing on games that are in the library collection. For those who aren’t already in the pub I have some more suggestions. 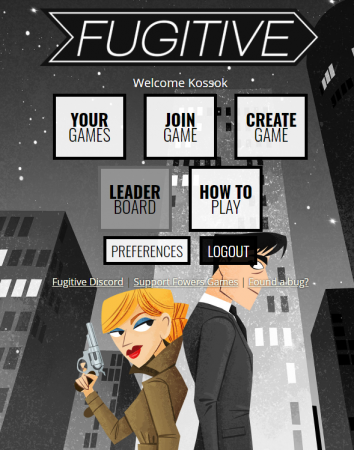 In my first blog I looked at the website Board Game Arena; it has been a lot of fun playing games on there, both old favourites and new. Board Game Arena has the advantage of only needing one membership to play lots of games, although inevitably you do have to pay to access some of them. However, some good games are available for free on their own platforms, either through the web or as apps. One of those games is Fugitive. 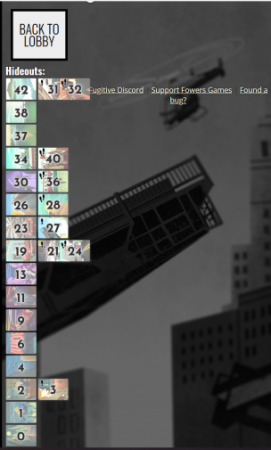 A deck of cards numbered 0 to 42 is used for both players. The fugitive starts with 0 to 3 and 42 and must get to 42, their getaway plane, by playing cards face down, no more than 3 numbers apart. The marshal has to guess the face-down cards before the fugitive gets away.

Play alternates between the fugitive running and the marshall searching. Both players will draw a card on their turn, meaning with each turn the marshall will get more information, narrowing the fugitive’s options. Even incorrect guesses help the marshall eliminate a possibility, unless the fugitive is going slow and can play that card later. The fugitive can play extra cards to sprint further, or bluff that they did, meaning the marshall has more possibilities to consider.

Fugitive creates a game that feels tense for both players. The marshall looks at four face down cards and thinks the fugitive is bound to get away, while after one good guess the fugitive feels the marshall breathing down their neck. Games tend to end up close, but if the marshall is way behind when the fugitive gets to the plane they get to carry out a manhunt, making guesses one by one until they get one wrong or they catch the fugitive. One memorable game played at work (on a break and for research, obviously) ended with a 50/50 guess for the last number. A colleague, sat within earshot, guessed it correctly while I was dithering.

A perfect game for two players, an engrossing back and forth of bluffing and second-guessing, Fugitive is highly recommended. It is over quickly enough that a bad game can be forgotten and two or three games in an hour is quite possible, so your mistakes don’t need to haunt you for too long. Give it a try online and it is available to borrow from all good Newcastle Library services. 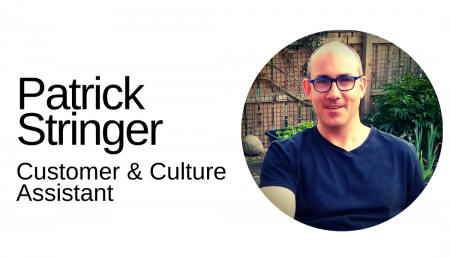 Can people play games with each other without meeting in person?