Use our interactive map of the wildlife and ecology sites in Newcastle for more information.

Newcastle City Council’s Bee Strategy has been created to promote the importance of bees. There are over 200 species of bees in the UK, but bee populations have been declining in the last few years due to various factors including loss of habitat, disease and use of pesticides.

Bees need your help; many of their nesting sites and their wildflower food supplies have been destroyed by modern farming practices and urban development. As a result, about a quarter of our bees are now endangered species. Moreover, the use of herbicides has reduced the nectar and pollen supply, while pesticides have affected the bee population directly.  Summer in the garden just wouldn’t be the same without the gentle hum of bees on a warm sunny day.

The aims and objectives of Newcastle’s Bee Strategy are:

Why do we need bees?

The pollination of crops by honeybees is worth an estimated £200 million each year to the British economy.  In order for plants to produce fruit and seeds their flowers must be pollinated. Bees are responsible for the pollination of more than 40 important food crops grown in this country.

Apples, pears, cherries, raspberries, blackcurrants, beans, tomatoes, pumpkins and blackberries are just some of the fruits that are pollinated by bees. We eat the roots and leaves of plants like turnips, cabbage, beetroot, carrots and celery but without pollination we would have no seeds to grow new plants. Oilseed rape and sunflowers produce seeds to be crushed to make cooking oils.

Farm animals also feed on plants pollinated by bees, such as clover and swede. It is estimated that one third of the food that we eat relies on bees for pollination.

So how can we help the humble bee?

If you spot a bumble bee or one of their nests please register this on the Environmental Records Information Centre North East (ERIC).

All bats are European Protected Species, which means it is an offence to harm or disturb bats or their roosts whether this is deliberate or unintentional. Roosts are protected whether bats are present or not. Full details of legislation relating to bats can be found at: www.naturalengland.org.uk

Bats are found throughout Newcastle in both urban and rural environments. They can be found in trees, new and old buildings and in a range of other structures.

Further information on bats and development:

Go wild in the garden

Gardens, no matter how large or small have great potential for wildlife in providing shelter, food and places to breed.

Wildlife gardening will bring life into your garden and make it a more interesting place.

Gardens are stepping stones which form corridors to allow wildlife to move freely into the wider countryside.

Kittiwakes on the Tyne

Since the 1960s the River Tyne has been home to an important breeding population of around 2,500 Kittiwakes. This includes around 1,300 kittiwakes nesting on the Tyne Bridge and hundreds more on other buildings and structures along the river.

Kittiwakes, a type of gull, usually nest on remote cliff ledges. Buildings and bridges can sometimes replicate these features and the Tyne provides an easy route out to sea where they feed. the Newcastle-Gateshead birds are the most inland colony in the world. The journey along the Tyne out to sea where they feed does not present a problem for these birds, which are capable of flying over 100 miles in a single foraging trip.  Kittiwakes feed exclusively at sea and do not eat human food found within the City.

These birds are present along the Tyne from February to August only, spending the winter out at sea.

Businesses, property owners and managers who have, or are seeking to, install deterrents to prevent kittiwakes from accessing their building or structure, should carefully read and apply the following guidance:

If kittiwakes become caught in or behind netting, a swift rescue is essential.  It is therefore best practice to implement regular checking of deterrents and put in place a protocol to ensure the swift and safe release of trapped kittiwakes.  Information on road closures for rescues can be found in the Newcastle’s Quayside Traffic Management Protocol.

If you see a live animal entangled in or trapped behind netting, please promptly contact the RSPCA’s 24-hour cruelty and advice helpline on 0300 1234 999. 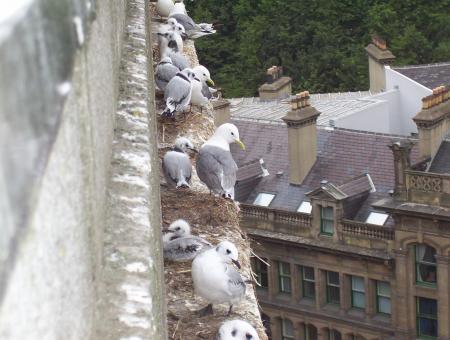 Churchyards are important places for people but they can also be important areas for wildlife too. Even in our busy cities these habitats remain largely undisturbed and numerous plants and animals have space to thrive. So, what is often a peaceful place for contemplation can also become a haven for wildlife.

Local Sites represent a network of areas with significant habitat, species and geological interest. They are designated as either Local Wildlife Sites or Local Geological Sites according to their interest.

Local Wildlife Sites are not afforded legal protection but are recognised and protected in the local planning system.

The distinctive red squirrel is the only native squirrel in the UK. However, this beautiful creature is now an endangered species. The main reason for its decline in numbers is competition with grey squirrels, disease and habitat loss. The larger non-native grey squirrel, which was introduced into this country in the 19th Century has advantages over its native red cousin such as being able to survive harsh weather and periods of food shortage as well as being more successful at breeding and competing for food. As a result, these two species cannot live together for long. Expansion of the grey squirrel, will, therefore, sadly be at the cost of the red.

Grey squirrels carry and transmit a disease called the ‘Squirrel Pox virus’, which while harmless to them is highly contagious and lethal to red squirrels. This disease is a major cause of the decline and death of the red squirrel and can quickly devastate our local populations.

The Tyneside area is amongst one of the last urban areas in England to be home to the red squirrel. As a result, North Tyneside Council and Newcastle City Council are working with the NorthEast Red Squirrels group as part of the Council’s joint Biodiversity Action Plan, to help raise awareness about the plight of this species.

This group would like your help in submitting any sightings of red or grey squirrels in your area. This will enable further action to be taken to protect and conserve this species. If you would like to help, please click on the link to the red squirrel group attached below to record any sightings. There is also lots of useful information on this website regarding red squirrel and further contact information:northeastredsquirrels.co.uk

A swift’s entire life is spent in the air where it feeds, drinks, mates and sleeps. Swifts fly at least 560 miles per day during the nesting season; breeding is the only time swifts stop flying; they nest in holes in walls or under eaves.
As a species, swifts have now been placed on the Amber list of birds of Conservation Concern, as their numbers have declined by over a third since 1995. The reason is as yet unknown; however, one of the reasons may be that human activity is destroying existing nest sites, and driving swifts away.

Swifts typically use the same nest site year after year, so when a site is disturbed, they often don’t return and will look for an alternative nesting location.

For more information on swifts, how you can help these amazing birds and how to report a sighting, have a look at the links below: 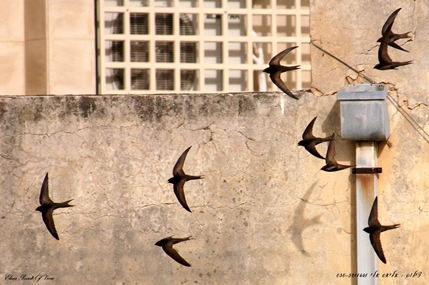 Foxes, which are a member of the dog family, first started to colonise our towns and cities in the 1930s. Attracted by a plentiful supply of food from bins and litter on the streets, the red fox’s adaptable and opportunistic nature has made it a very successful urban resident. Research has shown that the fox population of our cities has been stable for many years with no significant increases or decreases in fox numbers. The population is self-regulating according to the availability of habitat and food.

The Newcastle Approach to Foxes:

In common with many other authorities, Newcastle does not support or practice lethal control. It supports coexistence and humane deterrence.

Foxes are not vermin; they are part of our urban wildlife.

There is no legislation to require councils to undertake control of foxes. Residents are given advice and encouraged to adopt humane solutions to their fox problems.

Since the end of the Second World War, Britain's wildflower meadows have decreased by more than 90%. This has been due to changes in farming practice, urban expansion and development. Although we  cannot recreate traditional wildflower meadows in a short period of time, it is possible to create species rich grasslands and meadows, which are beneficial to our native wildlife in the urban environment.

Biodiversity, or the variety of life around us, is an essential part of our environment and is fundamental to our quality of life and contributes to our social and economic well being. Everyone, including business depends upon the natural world for their livelihoods, quality of life, and to provide basic ecological services on which all life depends. It helps to stabilise the climate and provide clean air and water, services vital for a stable operating environment.

Wildlife is disappearing at a frightening pace all across the world.  This loss of this natural heritage represents a risk to business. As diversity disappears, so do our raw materials and the opportunities for new products, new technologies and new business opportunities.

Businesses can play a positive role in biodiversity conservation and many companies are now recognising the importance of incorporating environmental and social concerns into their business plans and processes.

The leaflets below show how businesses can do their bit for biodiversity: 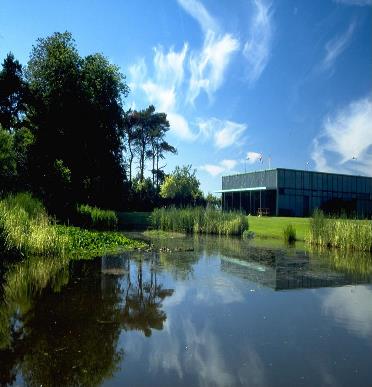 A new free online pre-planning tool – the Wildlife Assessment Check has been released by the Partnership for Biodiversity in Planning.  Applicants can use this to check if their proposed site and works are likely to require expert ecological advice before making a planning application. 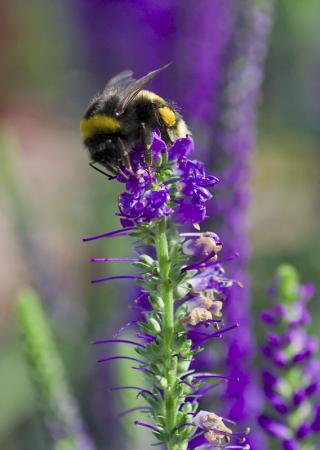