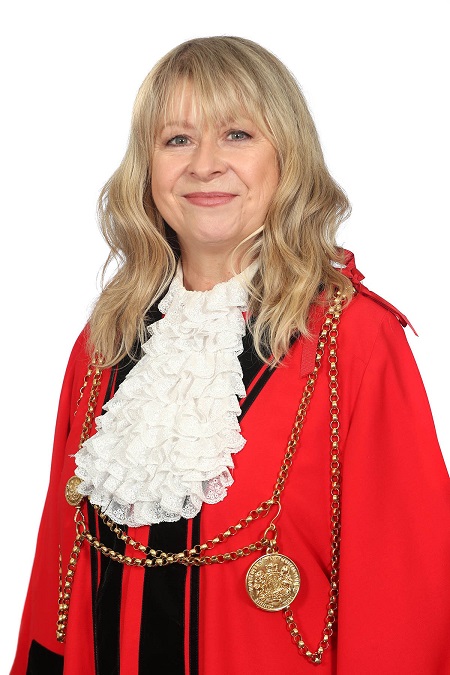 Karen has been a councillor for Dene and South Gosforth Ward since 2004.

For more about her:

She is assisted by her husband Consort Billy Signey and the Sheriff and Deputy Lord Mayor.

The charities the Lord Mayor is supporting are:

Role of the Lord Mayor

The Lord Mayor has a diplomatic role, offering an official welcome to visitors to the city, by hosting civic functions.
The Lord Mayor is also often invited to attend events organised by local organisations, including those that support local charities and good causes in the city.

The Lord Mayor is also responsible for chairing City Council meetings, conferring honorary and heredity freedom of the city status and celebrating and recognising the contribution which individuals make to life in the city via the Lord Mayor's Award Scheme.

The city has a number of award schemes including:

Or write to: The Right Worshipful the Lord Mayor of Newcastle upon Tyne, Newcastle City Council, Civic Centre, NE1 8QH.

Letters to the Lord Mayor should begin: Dear Lord Mayor

Letters to the Sheriff should begin: Dear Sheriff

History of the Lord Mayor

The office of the Lord Mayor is one of the oldest surviving civic institutions in Newcastle. It was granted by King John in 1205.

Historical information on lord mayors, mayors and sheriffs and the  coat of arms and civic insignia. (pdf, 102kb)