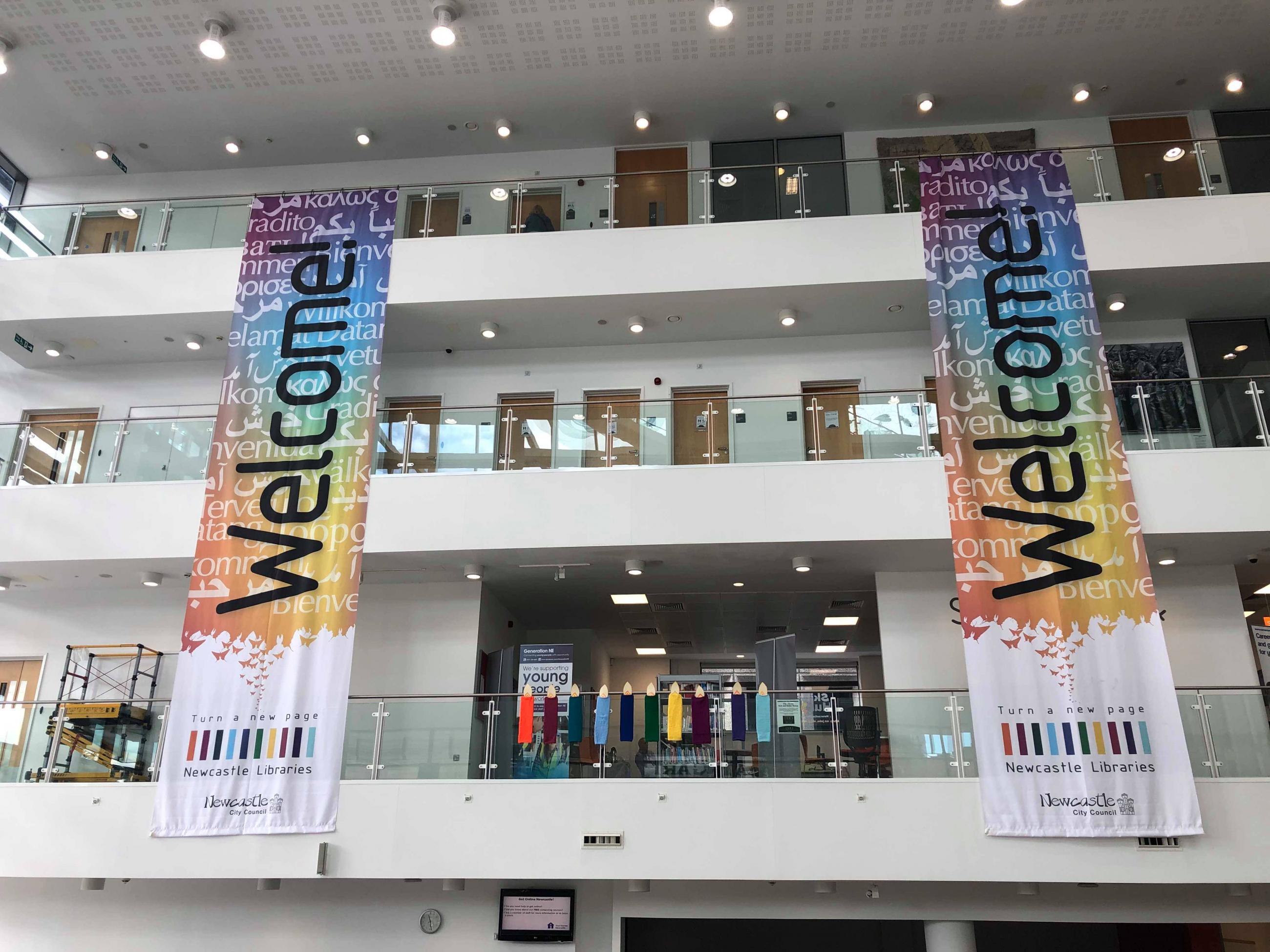 10 candles knitted by library users to commemorate the anniversary.

The current City Library officially opened to the public on 7 June 2009 after a two-year construction programme saw the existing building demolished and re-built for a new generation to enjoy.

Over 8.3 million people have visited the library over the past ten years with 5729 people visiting the library on its opening day alone.

Her Majesty the Queen and His Highness the Duke of Edinburgh officially opened the library during a ceremony on 6 November 2009, a plaque for which still remains in the library today.

Councillor Kim McGuinness, cabinet member for culture, sport and public health said: “The City Library continues to be a brilliant asset in the heart of Newcastle that is still a central hub for people from across the city.

“It is extremely important to secure our libraries for future generations, and over the past ten years The City Library has been extremely successful in moving with the times and providing people with the services they are interested in using.

“We have created a modern, 21st century library which will continue to be an integral part of our city for years to come.”

In 2016, the City Library was one of the first six libraries in the country to introduce a cloud library allowing users to download the latest eBooks and eAudioBooks. Since then over 158, 000 eBooks have been issued.

The City Library is now home to various important services for the city including Citizens Advice, Connexions, Skills Hub and the Business and IP Centre. It also hosts a range of events, conferences and exhibitions throughout the year with activities being suitable for people of all ages.

The customer service centre also moved into the City Library in April 2017, creating a new community and information hub for people across the city.

To celebrate the anniversary, the library is hosting a fines amnesty throughout the full month of June where they will waive any overdue fines customers may have. This amnesty does not cover the replacement costs for outstanding items.

As it moves into a new era, the City Library will become one of the first libraries in the North East of England to host The Tovertafel, an innovative new service for people with dementia, autism and learning difficulties. The ‘magic table’ projects animations onto table surfaces allowing users to interact with the light by moving their arms and hands.

The table will first be introduced on Friday 7 June at and will be available for groups and residents to use for free on a regular basis.

Next Article: Help is at hand for young people getting their results this summer