Following the exciting news that an official Rugby League World Cup fan zone is coming to Newcastle, the City Council has today confirmed two amazing evenings of live music championing some of the best emerging talent in the region. 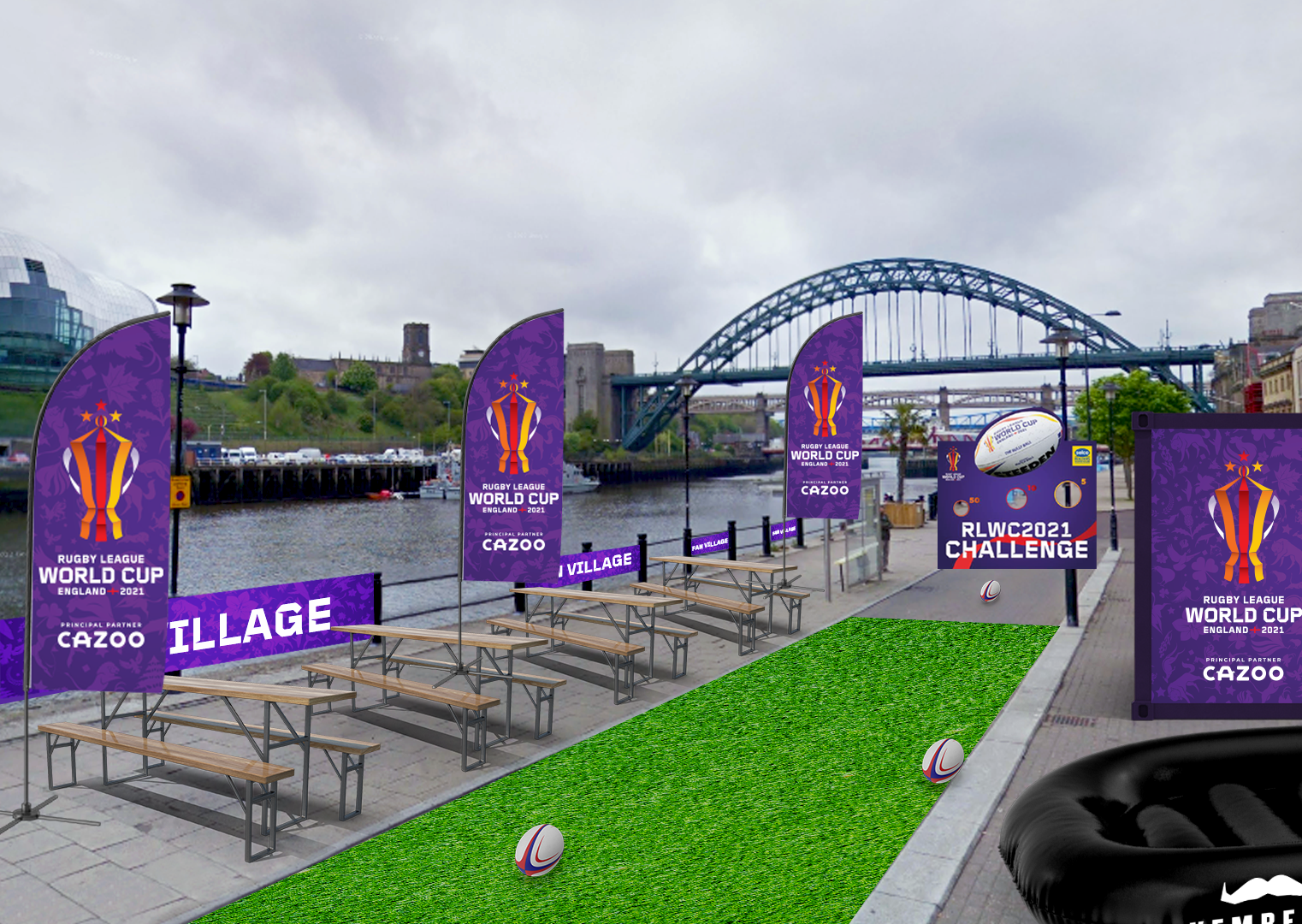 The fan village will take over Newcastle’s Quayside from the Tyne Bridge to Millennium Bridge. Featuring family activities, food and drink, live music, and huge screens to enjoy the matches, organisers have told audiences to get ready for a joyous “carnival atmosphere”.

Taking place on Friday 14th and Saturday 15th October, the two-day event will feature a special guest appearance on the second day from Sky Sports’ Keith Downie, who will join the event host Jon Corbett on stage to chat highlights, match analysis and predictions for the rest of the tournament.

An eclectic line up of DJs and some of the North East’s best and brightest emerging bands are also set to entertain the  space across both days.

Headlining the Friday event is the party-starting hip-hop band, Hip Hop Hooray. Reworking the iconic music of artists like Snoop Dogg, Outkast, Jay-Z, Eminem, RUN DMC, Kanye West, Notorious B.I.G. and more, the 8-piece band are known across the country for their explosive live shows that never fail to get the audience on their feet and dancing and singing to the genre-defining classics of the 90s and early noughties.

Saturday will see the North East’s favourite soulstress, Beth Macari hit the stage for a headline performance featuring her acclaimed original music and some of the greatest classic soul bangers. The singer has performed on some of the biggest stages in the North East, with shows at Virgin Money Unity Arena supporting Alfie Bowe, South Tyneside Festival supporting Will Young and Lindisfarne Festival, amongst many others.

Always a crowd-pleaser for the 1990s indie mad faithful, the National Anthems will bring their flawlessly recreated Brit Pop hits to the event on both days, with an acoustic set scheduled for Friday 14 and the full band experience programmed on Saturday.

Kicking off Saturday’s programme of music are high-risers The Redroom, the latest musical powerhouse to emerge from the region. Hot on the heels of their latest release ‘Time’, the band will belt out a set of original music fusing alt-indie, blues, jazz and psychedelic rock.

Fronted by 19-year-old Jessica Lewis-Ward, the band’s take on female experience and the current issues faced by the younger generation of today is set to be the perfect introduction to the tournament’s themes of inclusion and togetherness.

Next on stage will be South Shield’s own Courtney Dixon, whose infectious indie pop evokes to sounds of David Bowie, Kate Bush and Stevie Nicks. The young artist’s 70s and 80s-inspired glamour and guitar-driven beats have set her on the path to stardom.

This summer, Spotify added her latest single ‘Bang Bang, Honey Honey’ to their ‘New Music Friday’ playlist. It received BBC Radio 1 play on Gemma Bradley’s show and was included on

Amazon Music’s ‘Best New Bands’ Playlist. After a whirlwind month with her song featured in the last ever episode of ‘Neighbours’, Cortney is on a crazy release streak with addictive new singles dropping every 6 weeks. Following a string of festival appearances over the past months, the up-and-comer is set to be at the top of her game.

Starting off the celebrations on Friday from 4pm will be singer-songwriter Connor Haley followed by Britain’s Got Talent semi-finalist Jamie Lee Harrison and his trio. The two artists will ease the crowd into the party with the sounds of acoustic and indie rock.

Since his impressive appearance on Britain’s Got Talent in 2013, Jamie Lee Harrison has become one of the North East’s most beloved musicians. An incredible few years saw Jamie go from performing on live national TV to completing his own headline UK tour. He has since racked up 1500 live shows across the world and reaching number eight on the official UK independent singles chart with his single ‘When We Meet’.

Despite a difficult year for the music industry, Harrison was invited to open for Ronan Keating at Virgin Money's first outdoor socially distanced arena. Following this, Jamie opened for Becky Hill and Joel Correy at Times Square Newcastle. Jamie’s music is soulful, telling stories of both joy and heartbreak inspired by real-life experiences.

The Quayside fan zone is part of the Rugby League World Cup Cultural Festival which marries sport and art to celebrate the international tournament and the event’s theme, ‘The Power of Together’. Championing inclusivity and positive social impact, the Arts Council England-funded project will take place across Newcastle, Hull, Leeds and Manchester to showcase the history and atmosphere of the iconic tournament.