Scotland’s national rugby league team were given a civic reception to mark their arrival in Newcastle last night ahead of this month’s world cup. 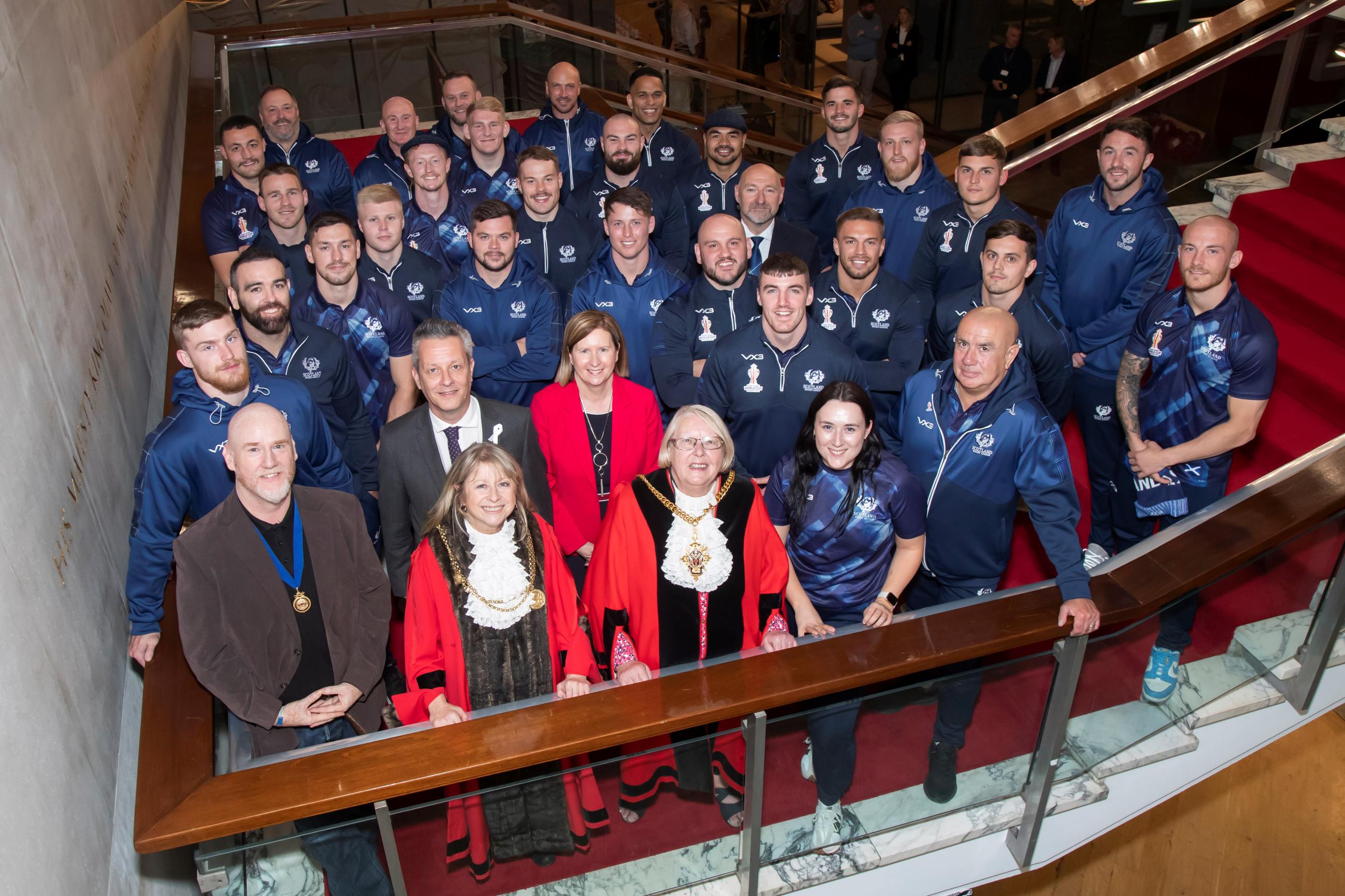 The Bravehearts will be based in the city throughout the Rugby League World Cup, which gets under way on Saturday 15 October when England’s men face Samoa at St James’ Park.

The Scotland squad were welcomed to the city with a reception at Newcastle’s Civic Centre led by Leader of Newcastle City Council, Cllr Nick Kemp, and the Lord Mayor of Newcastle, Cllr Karen Robinson.

Cllr Kemp said: “We’re incredibly proud that rugby league’s biggest competition is kicking off in our city and we can’t wait for the action to begin.

“We have four games taking place across two stadiums in the city, two of which will feature Scotland. It is a pleasure to be hosting them in Newcastle and I would like to wish them and all nations taking part the very best of luck.”

Nathan Graham, Scotland Rugby League head coach, said: “As a group of coaches and players we are honoured to have Newcastle as hosts for the Men's Rugby League World Cup.

“It will be good to be in such a busy and vibrant city during the group stage of the competition. The people of Newcastle are renowned for being warm, friendly and very knowledgeable and enthusiastic around sport.

“It would be great to get them behind us and fill Kingston Park for the Italy and Fiji group games. To have the ground packed out and the crowd to make some noise would be awesome for our guys and spur them on to get the wins.”

Scotland bring a men’s and wheelchair team to the Rugby League World Cup, with this year being the first time the men’s, women’s, and wheelchair competitions will take place at the same time.

The men’s team, ranked 11th in the world, will play two of their three group fixtures at Newcastle’s Kingston Park Stadium. They begin their hunt for world cup glory against Italy at the ground, and finish their group games at the same location against Fiji. They will face Australia in Coventry in-between.

While in the North East, the Scotland team will also take part in a number of community engagements involving local library services, rugby league clubs in the region, and a training session with the armed forces.

To find out more about the Rugby League World Cup, including how to purchase tickets, visit www.rlwc2021.com.