A former synagogue in Newcastle has had its place in history secured with the unveiling of a plaque. 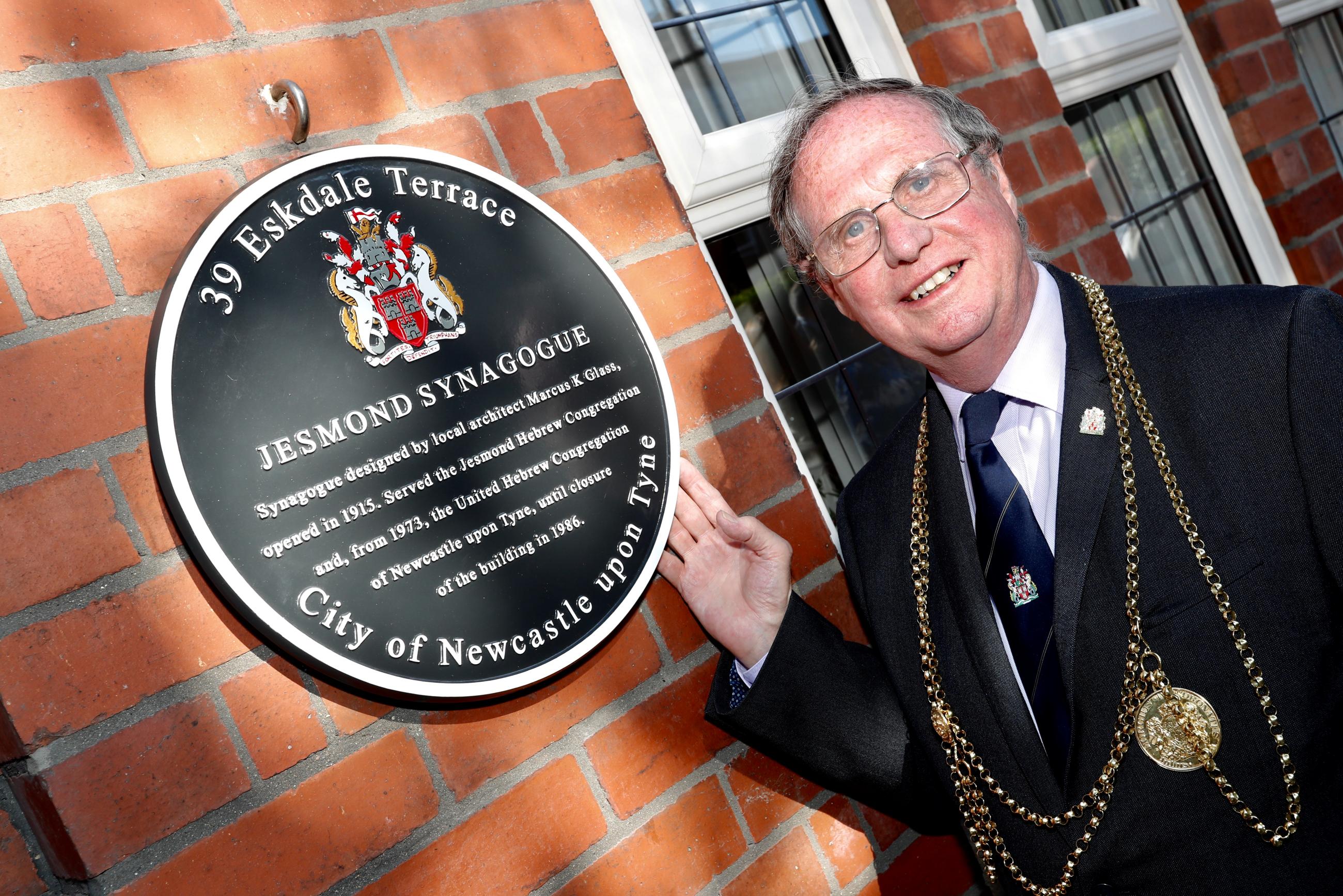 Byzantine House, at Eskdale Terrace, Jesmond, has now been refurbished into flats but the former synagogue’s exterior has been retained.

A plaque was unveiled by the Lord Mayor this week to commemorate the history of the building within the Jewish community of Newcastle.

Built in 1915, it ceased operation as a synagogue in 1986. Since then, it was used by Newcastle High School for Girls and has now been converted into residential flats by developers Provenance Developments.

Speaking at the unveiling  the ceremony, which was attended by members of the local Jewish community, South Jesmond ward councillors and developers Provenance Developments, Lord Mayor Cllr David Cook said: “This is a building of huge historic significance. That’s not just to the Jewish community of Newcastle but also to the Jewish architectural history of the whole country.

“There’s an enormous danger when historic buildings change their use that their heritage is lost but this fantastic building has been retained and I’m delighted we still have it here in Jesmond.”