With less than two weeks to go until the Rugby League World Cup gets under way in Newcastle, more details of an exhilarating cultural festival to kickstart the tournament have been revealed. 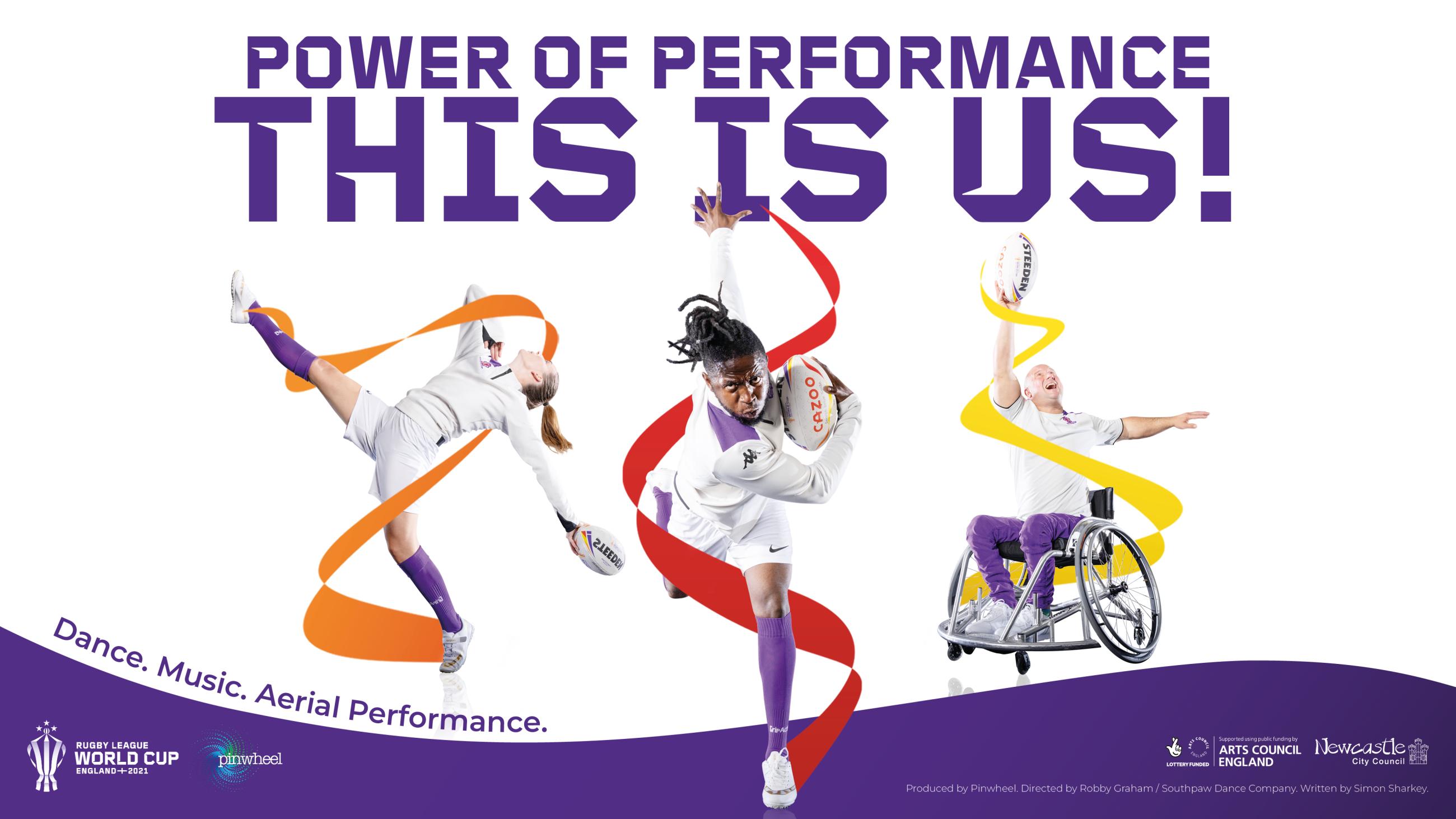 St James’ Park is set to host the opening fixture of the men’s Rugby League World Cup 2021 when England face Samoa, but there is plenty more than the tournament curtain raiser for people to soak up during the competition.

As well as the rugby, Newcastle is one of host four cities – along with Leeds, Hull, and Manchester – to stage a Cultural Festival as part of the tournament’s events.

A spectacular new outdoor performance will bring the atmosphere and passion of the Rugby League World Cup out of the stadium and onto the streets and all before kick-off.

This specially-commissioned free show, which features dance, music and aerial performance, tells three unique stories about the game and its people, charting how it has evolved from its roots to the sport we see today which inspires such passion in its fans.

It takes place across three locations all within a stone’s throw of St James’ Park: Strawberry Place; The Lumen, St James Boulevard; and Science Square, Newcastle Helix, with performance running from 11.30am and 1.30pm.

There will be also a poetry installation touring the country during the world cup, and a libraries programme will deliver a schedule of activities allowing people to get involved with a range of workshops including creative writing, crafts, and drama.

The excitement generated by the arrival of the world cup will spread far beyond the surroundings of St James’ Park, with a Quayside Fan Village providing a carnival atmosphere on Friday 14 and Saturday 15 October.

Running from underneath the Tyne Bridge and through to the Gateshead Millennium Bridge, the RLWC2021 Fan Village will have a range of family-friendly activities, food and drink stalls, activations from RLWC2021 partners, music from acts including Beth Macari, The Red Room, Hip Hop Hooray and more, big screens, plus a fireworks display on Saturday evening to complete the festivities.

In addition to the opening fixture of the tournament, Kingston Park Stadium will also host a further three fixtures from the men’s tournament giving fans and residents even more opportunities to attend the sport’s biggest competition.

Cllr Lesley Storey, Newcastle City Council cabinet for a Vibrant City, said: “Having the Rugby League World Cup get under way in our city is a huge privilege for us, but we want to show that it is far more than a match that people will get to experience in Newcastle.

“Having the men’s, women’s and wheelchair competitions all taking place at the same time already makes this the most inclusive Rugby League World Cup ever, and I’m delighted our city has been able to contribute to that with a fantastic cultural festival and wider offer around the tournament.”

Ian Thomas, Destination Director, NewcastleGateshead Initiative (NGI), said: “The cultural festival is a fantastic and accessible opportunity for fans, visitors and residents to engage with the Rugby League World Cup in Newcastle. It once again highlights the city as a top-class destination for sport and cultural events and a demonstration that everyone is welcome here. We’re looking forward to welcoming people locally, nationally and internationally to come and enjoy the vibrancy and buzz of our city, while also supporting our local bars, restaurants and hotels.”

Commenting on the Rugby League World Cup and the weekend of celebrations that await, Stephen Patterson, Chief Executive of NE1 Ltd said: “Newcastle is gearing up to host Rugby League’s biggest and most spectacular competition with activity on and off the pitch, and the excitement is building. We are immensely proud that the opening game of the tournament is kicking off in Newcastle and the city is entering into the spirit of celebrations with the Fan Village on the Quayside and a whole host of cultural activities on a rugby and international theme staged at locations across the city. People will be able to get into the spirit of the tournament even before the games get underway with music, dance and poetry performances. The passion and atmosphere of the Rugby League World Cup will be more than matched by the people of Newcastle and we can’t wait to show the world, our famous Geordie welcome.”

The Rugby League World Cup was originally due to take place last year but was postponed due to the Covid-19 pandemic.

Find out more about Rugby League World Cup 2021, including how to purchase tickets, at www.rlwc2021.com.