Holocaust Memorial Day takes place every year on 27 January, the anniversary of the liberation of Auschwitz by allied troops.  It is a day to remember the millions of people murdered in the Holocaust and in the genocides that have followed.  Each year Holocaust Memorial Day focuses on a theme that aims to help us learn more about the past, to empathise with others and to work towards a better future.

Newcastle has been an active and committed contributor to the National Holocaust Memorial Day programme since it began in 2000.  The programme allows our city to not only commemorate and show respect for the victims of the Holocaust and other genocides but to engage with residents from all backgrounds to deliver a programme of creative and educational activities which:

Newcastle's programme is recognised nationally and, in 2007, our city was the first in the UK, other than the national capitals, to host the National Commemorative Event.  In 2015, the council decided to move from delivering the activities itself to offering funding for independent projects which provided a focal point for remembrance.  The programme, which included lectures, exhibitions, films, plays, concerts work shops and learning activities, was a great success and created opportunities for more communities to take part in a way that not only reflected the diversity of Newcastle but made use of the wide range of skills, knowledge and commitment that is available in our city.

Our Holocaust Memorial Day activities have continued to be organised in this inclusive way ever since.

"People may think that they have nothing to do with my story. But what happened to me, could happen to them – to people like yourself. It may sound too hard to believe but this doesn’t happen to strangers who live far away. I’m just an ordinary person. These terrible things can happen to people like us." - Kemal Pervanić, survivor, Bosnia

Holocaust Memorial Day 2023 will also be a day for Ordinary People, people like us, to think about how we can play a role in challenging the prejudice, discrimination and hatred that still exists in the world today.

Find out more about Holocaust Memorial Day 2023 and how you can get involved here.

"You didn't think about yesterday, and tomorrow may not happen, it was only today that you could cope with, and you got through it as best you could." - Iby Knill, survivor of the Holocaust

10,000 unaccompanied children in Nazi territories between the ages of 5 and 16 were given refuge in the UK. This was a unique humanitarian operation which became known as the Kindertransport. 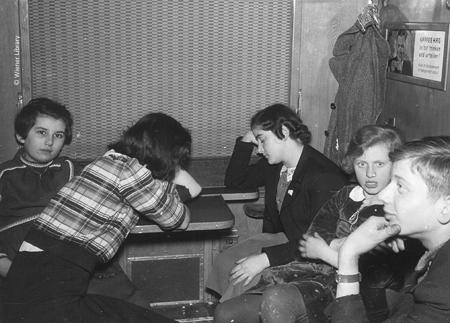 Read more about at    Kindertransport and refugees.